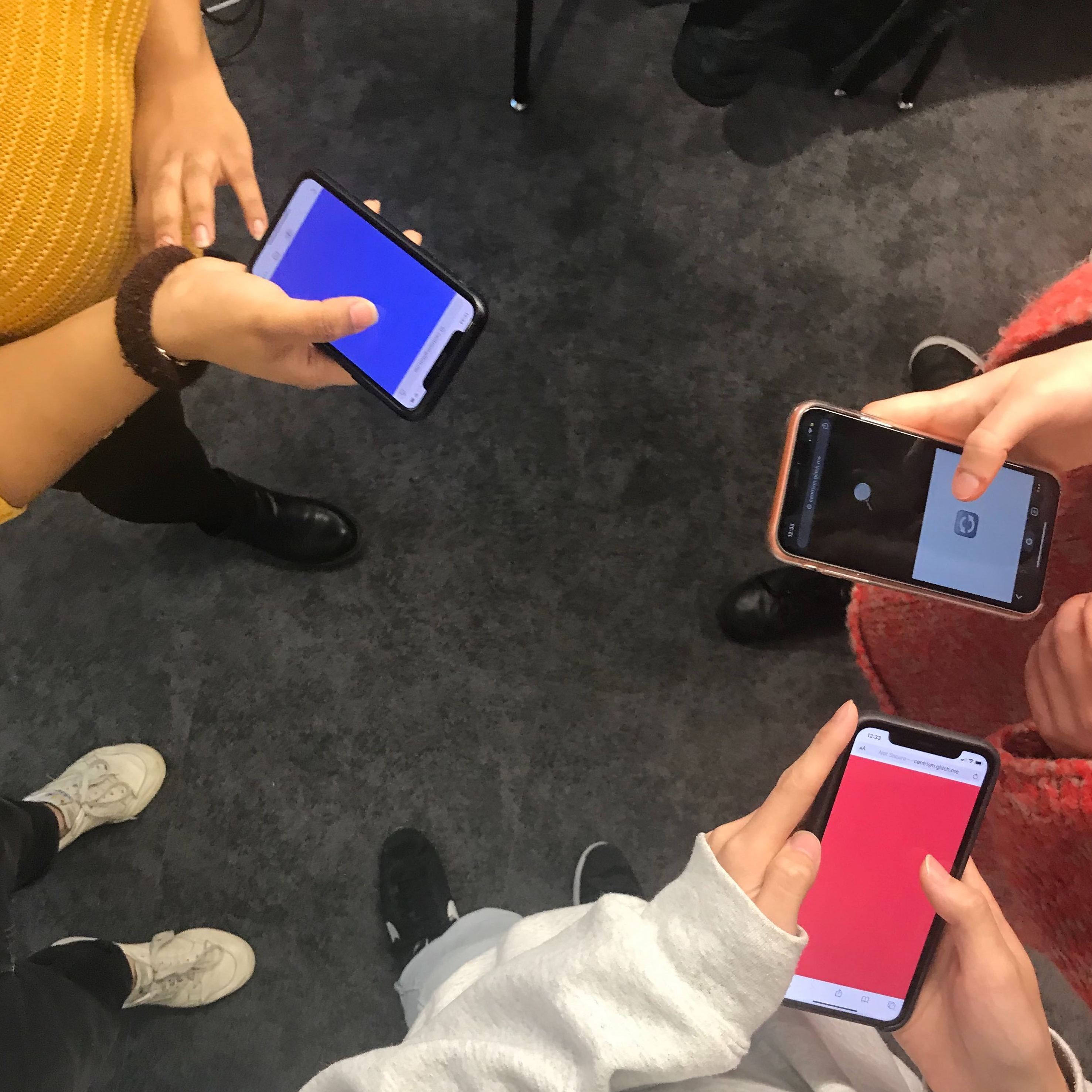 Ashwita, Sylvan, Zeyao and I designed a collision for the whole class using web sockets. We started by paper-prototyping a timed game where each player would hold a phone under the table and—given a specific number—silently attempt to have only that many players decide to click a button on their screen.

Our first playtests showed us that our game felt a little bit anticlimactic. It was either too hard or too easy to see who was volunteering to click or not click. From here, we wrote the first iteration of the digital version and thought about how we might be able to make the game a little more contentious.

Sylvan suggested a two-team version, where players could swap teams and each try to end the game on the smaller team. We played this with a group of seven: each player had two tokens, identical on one side but either black or white on the other. Very quickly our players started settling into lying about what teams they were on, and silently swapping one secret token for another secret token. At the end, everyone flipped over their chips to reveal who had won. 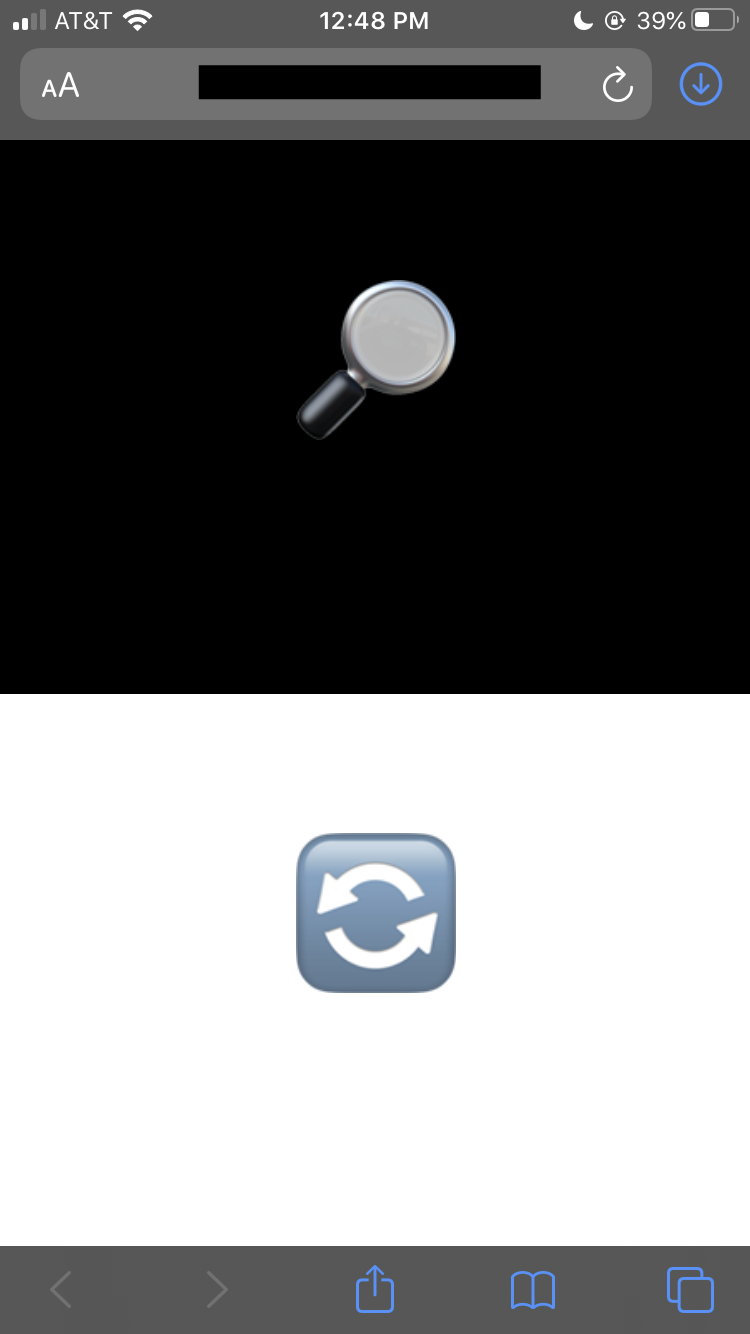 We knew we wanted to play with the entire class, which made sockets more or less mandatory for organizing that many people, but we also knew we wanted to maintain certain elements of the paper prototype: the “Big Reveal” at the end of the game was too fun to lose, and the silent swap. From there, I tried making a version that would work with three teams, which we thought would be more chaotic and less likely to stabilize.

Our interface is pictured here. The top button (with the magnifying glass emoji) will show the player what team they are on—the whole screen becomes red, green, or blue—and the bottom button (with the rotate emoji) will rotate the player’s team, not showing any information to the swapping player or anyone else who might be looking at their phone.

We were switching the game up pretty consistently but when it came time to play in class our rules calcified: 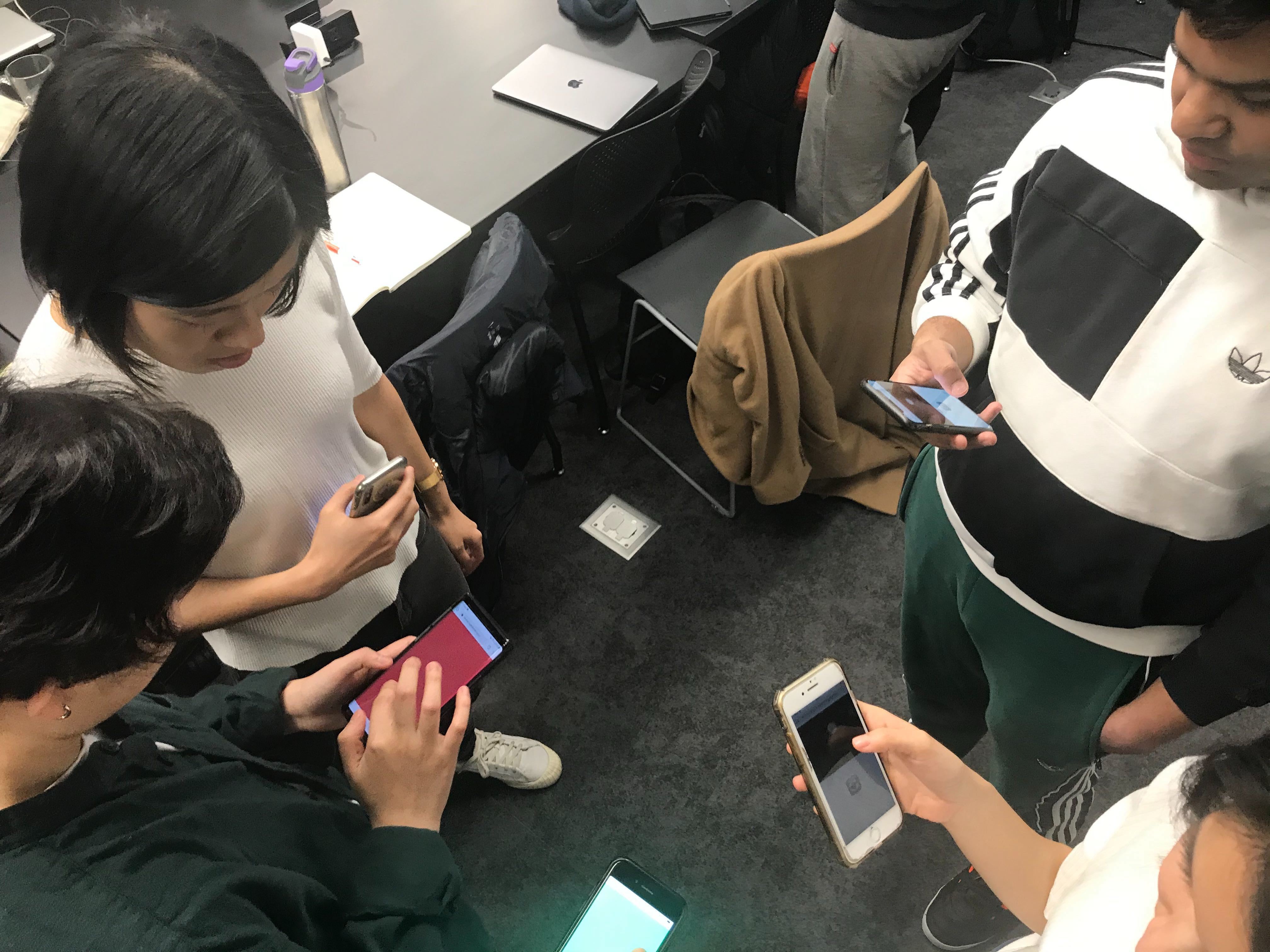 It went relatively well. The first thing I noticed was that people seemed hesitant to ask other players about their choices. Our Professor suggested that we switch from 90 seconds to 3 minutes, and pointed out that the game would probably play out very differently over, say, 30 minutes.

There was a bug in counting and revealing on the main output screen but counting players by the colors they held up worked.

Our classmates noticed the game bore some similarity to a market: there was a kind of controlled chaos in the movement of players between teams as well as a goal that was easy to understand but timing-dependent and inherently difficult to achieve. Some people thought the game would be better with a “cost” to trading teams, whether that came in the form of a limited number of swaps or a 3-5 second swapping time.