I’ve spent a lot of time with the cube assignment trying to come up with a logical system for the puzzle box you don’t touch, and most of my ideas revolved around morse code or the cube pulling from the Google Books API and asking to be read to.

After trying to spend some time figuring out what I can actually attach to the cube, I think I settled on a slightly different approach. Here the cube is intended to serve as a kind of ritual instrument. With capacitive touch sensors and the jumpy piezo microphones, my goal is to have the cube react before a user starts consciously interacting with it. It is sensitive, and will not hesitate to play noises or display symbols on its surface in reaction to nearby stimuli. 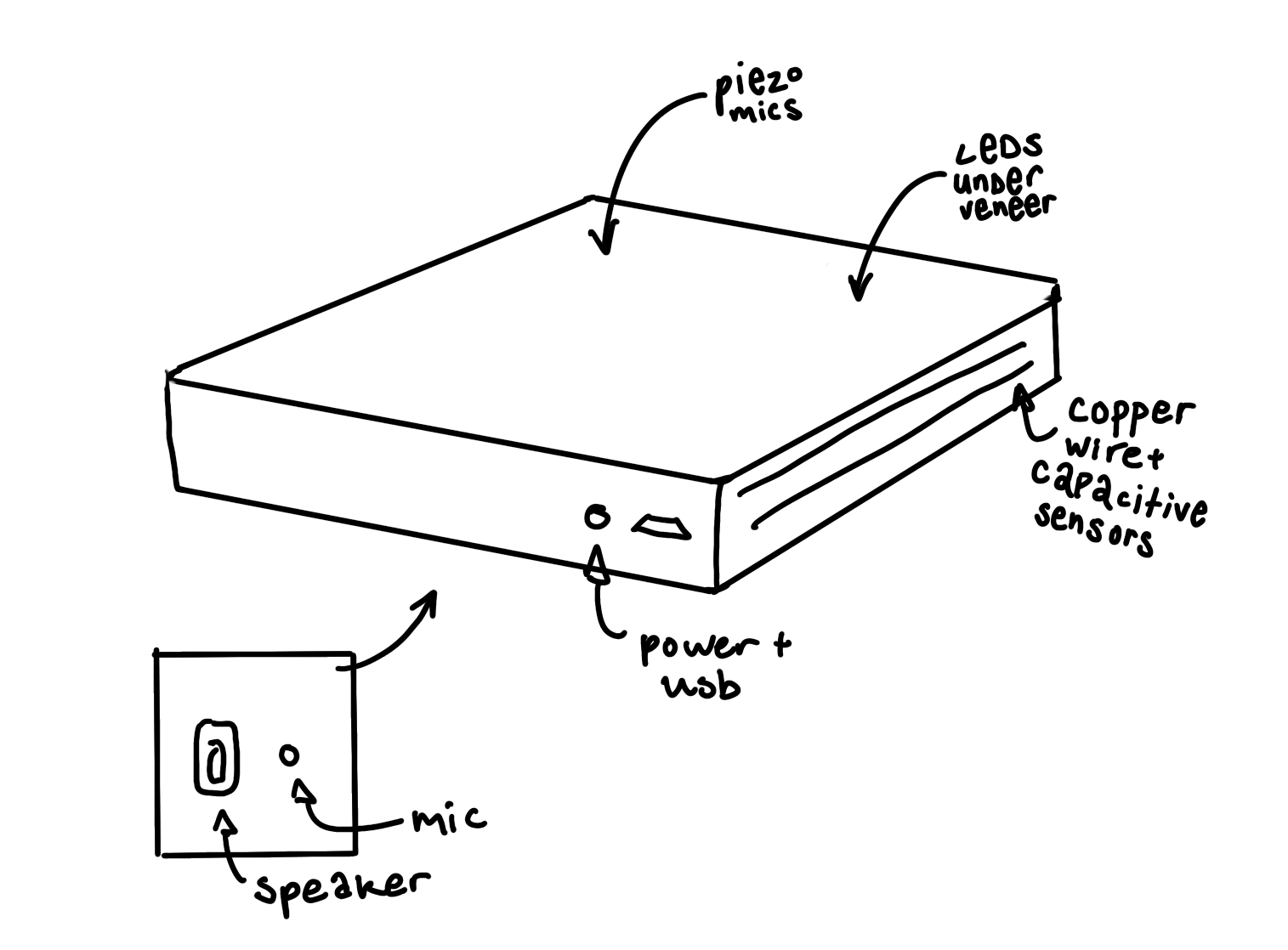 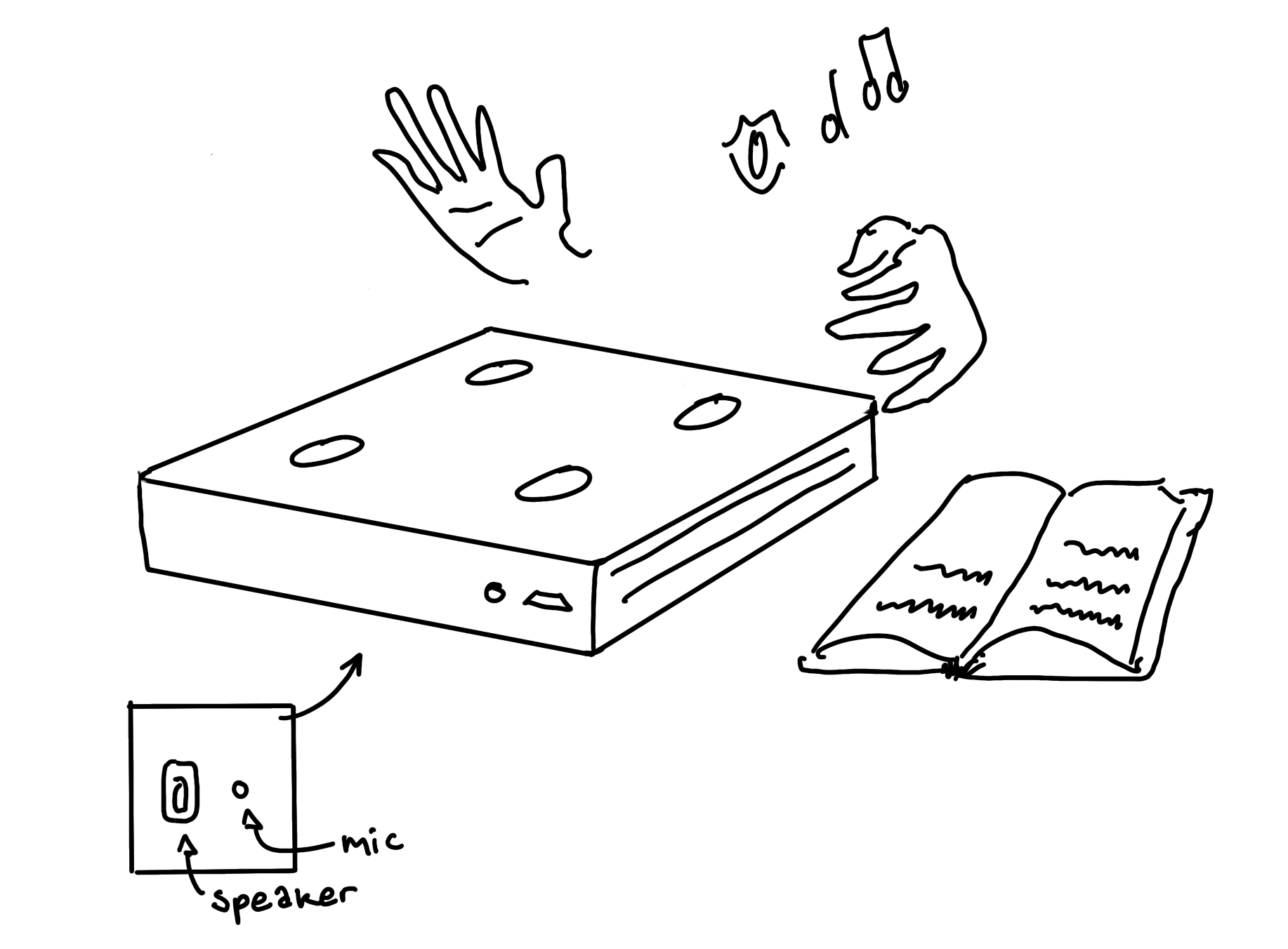 Removing an explicit game or puzzle-like logic means the cube can act more freely. While an internal logic will still exist, there is no “goal” any longer and the user is left to figure the edges of interacting with the thing: trying to read its sounds and signs as indicative of some sort of message. Consistency will be important here, as I think that’s one way people begin to build associations with things like tarot or horoscopes. I would like to write an accompanying “divination manual” that describes some but not all of the logic that might make the interaction feel definite and mystical.

I’ve also removed the solenoid: while I was really excited about the possibility of an analog knocking sound, I got bogged down in power concerns. Instead, a speaker underneath the panel can play a variety of sounds—further enabled by sound files stored on an SD card. 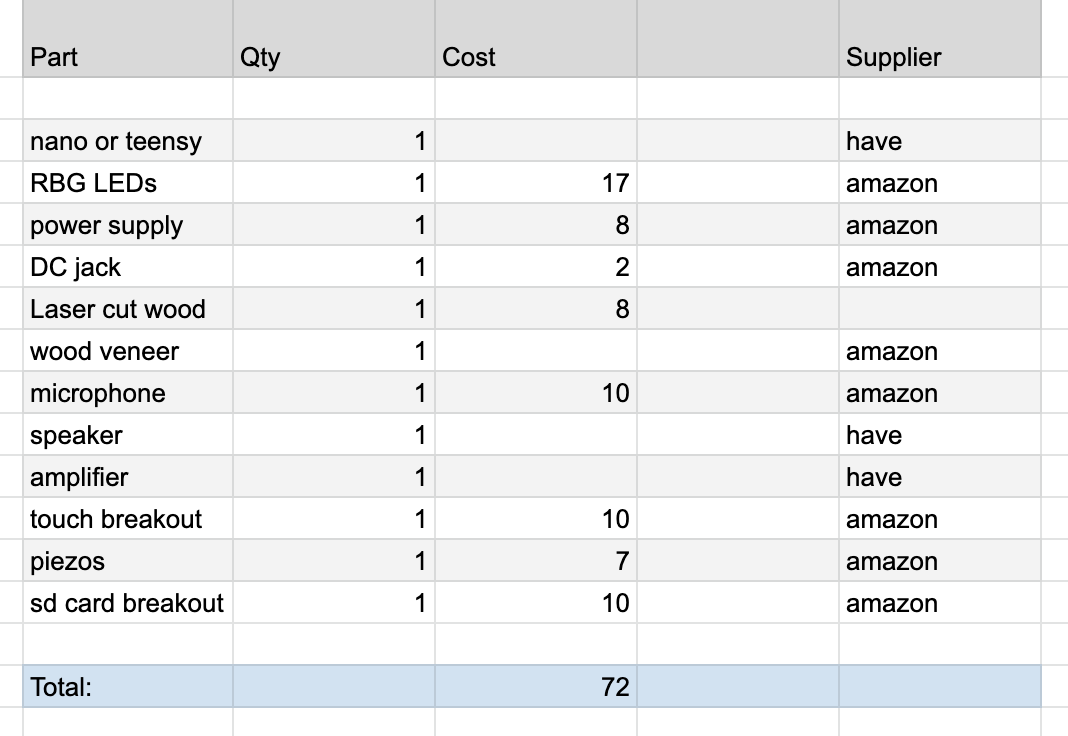 As a result, I have updated my Bill of Materials and interaction diagram. I’ve done a small amount of paper prototyping to get here, but I expect to make more progress when the parts come in.