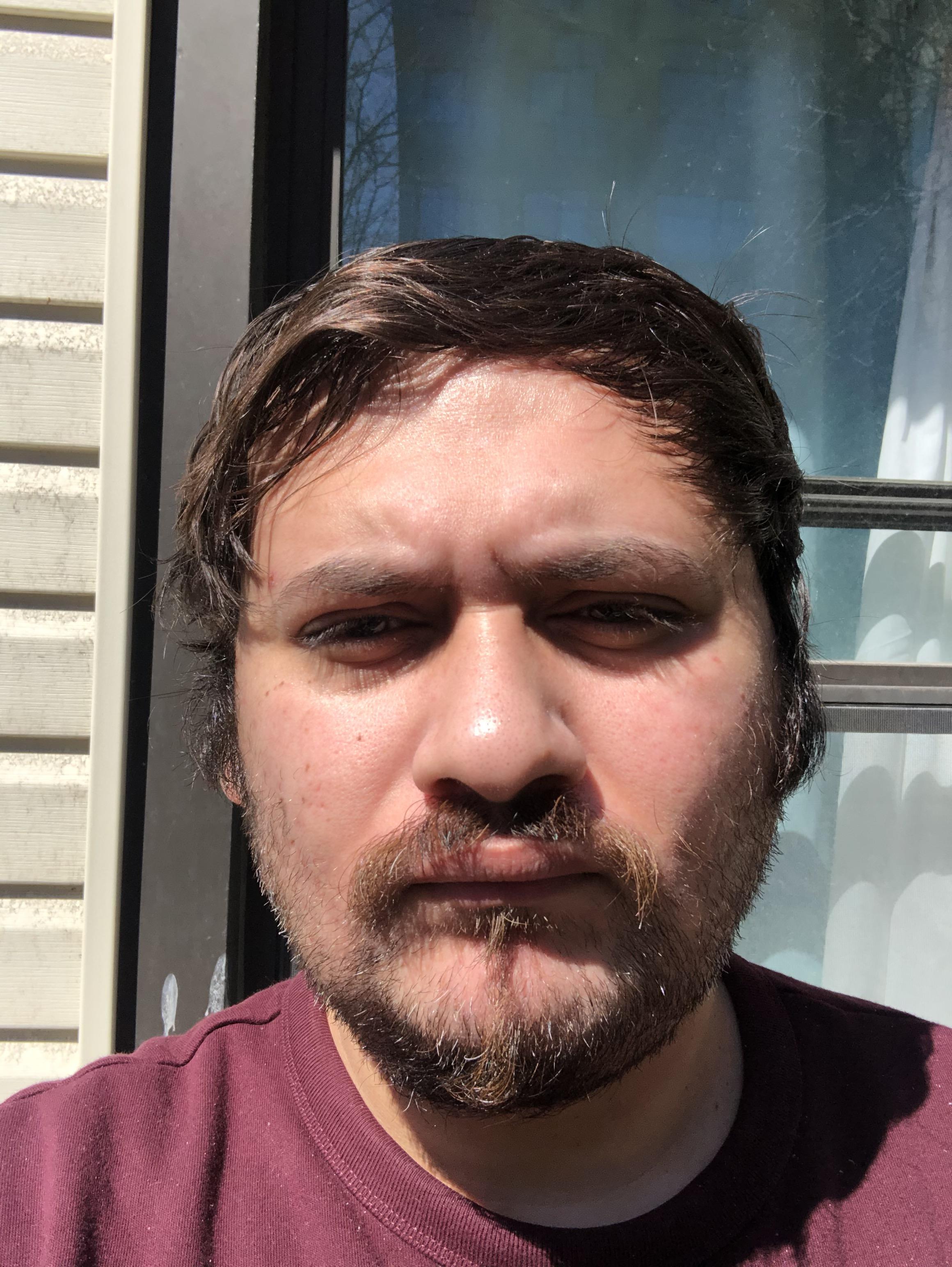 Rejected. “There was too much light in my eyes.” 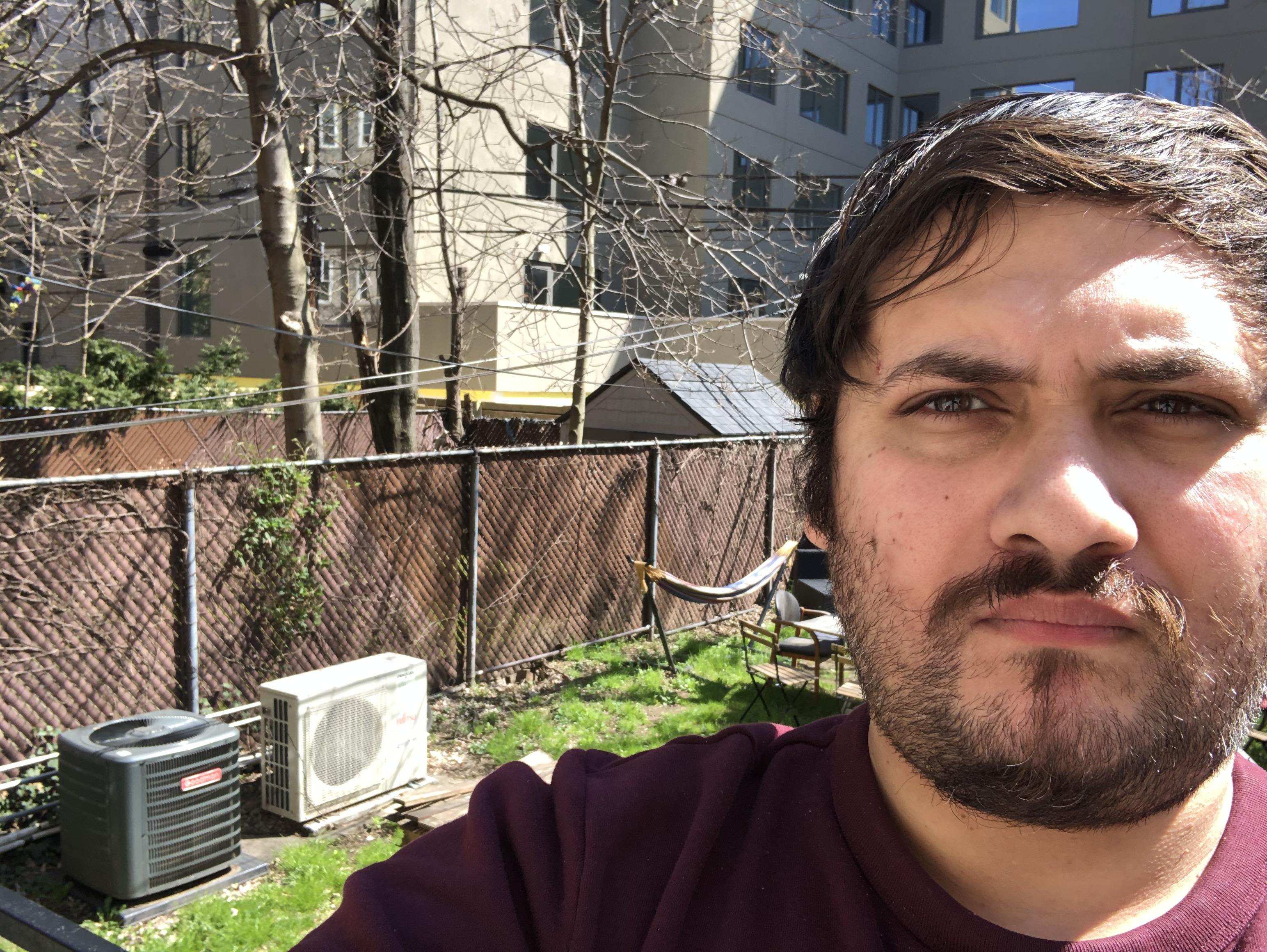 Rejected. “I’m too far away in this one.” 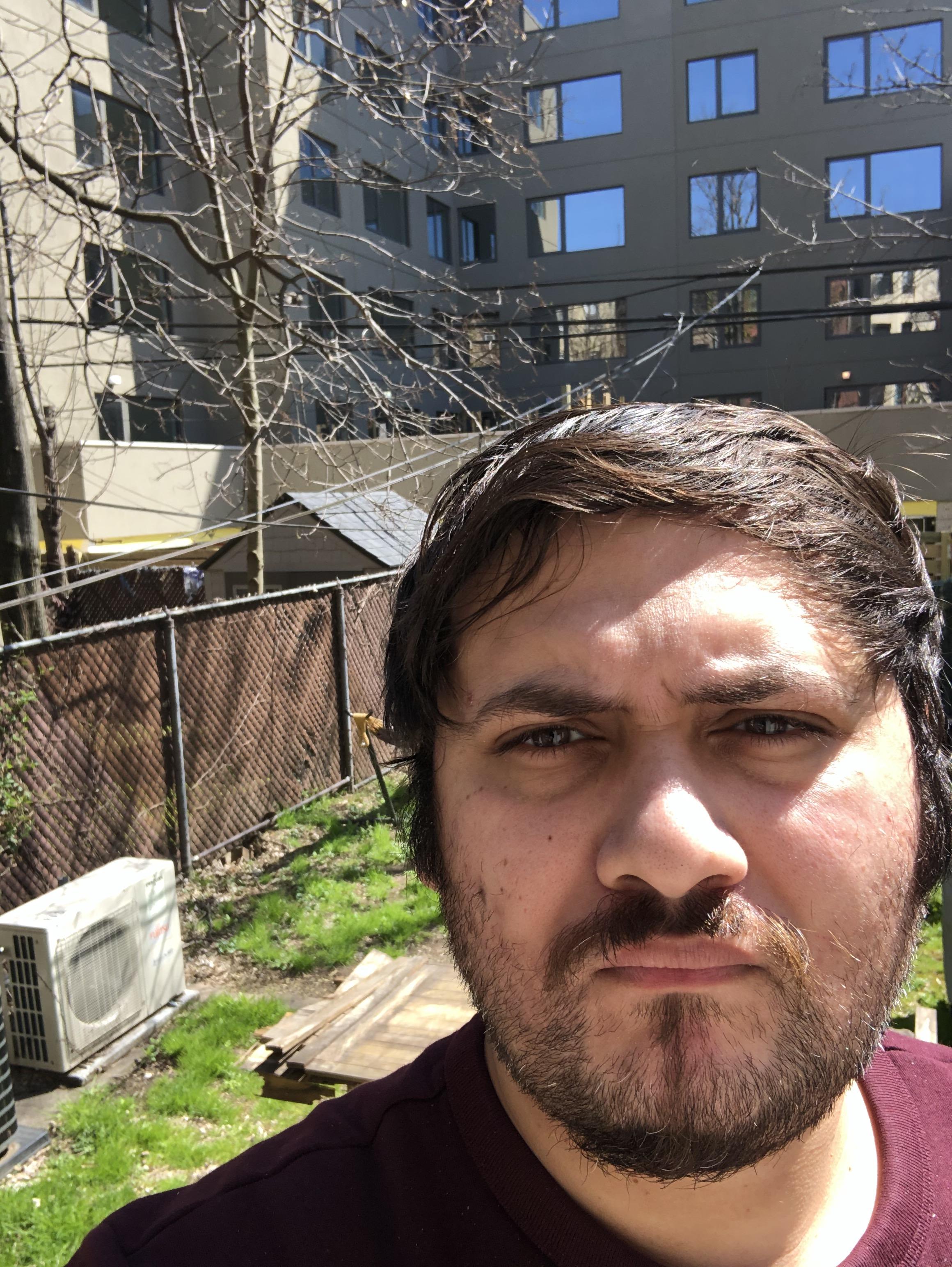 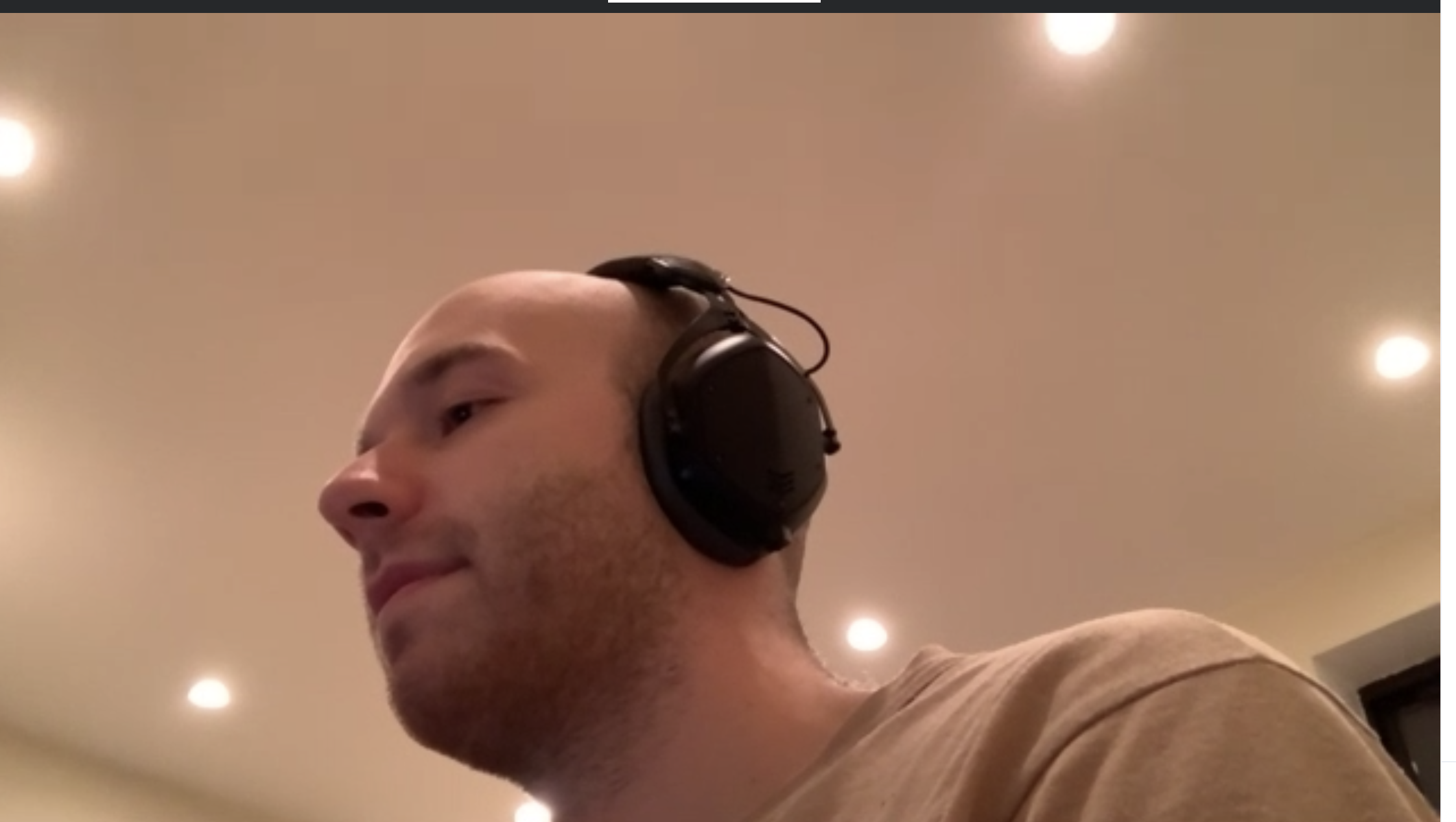 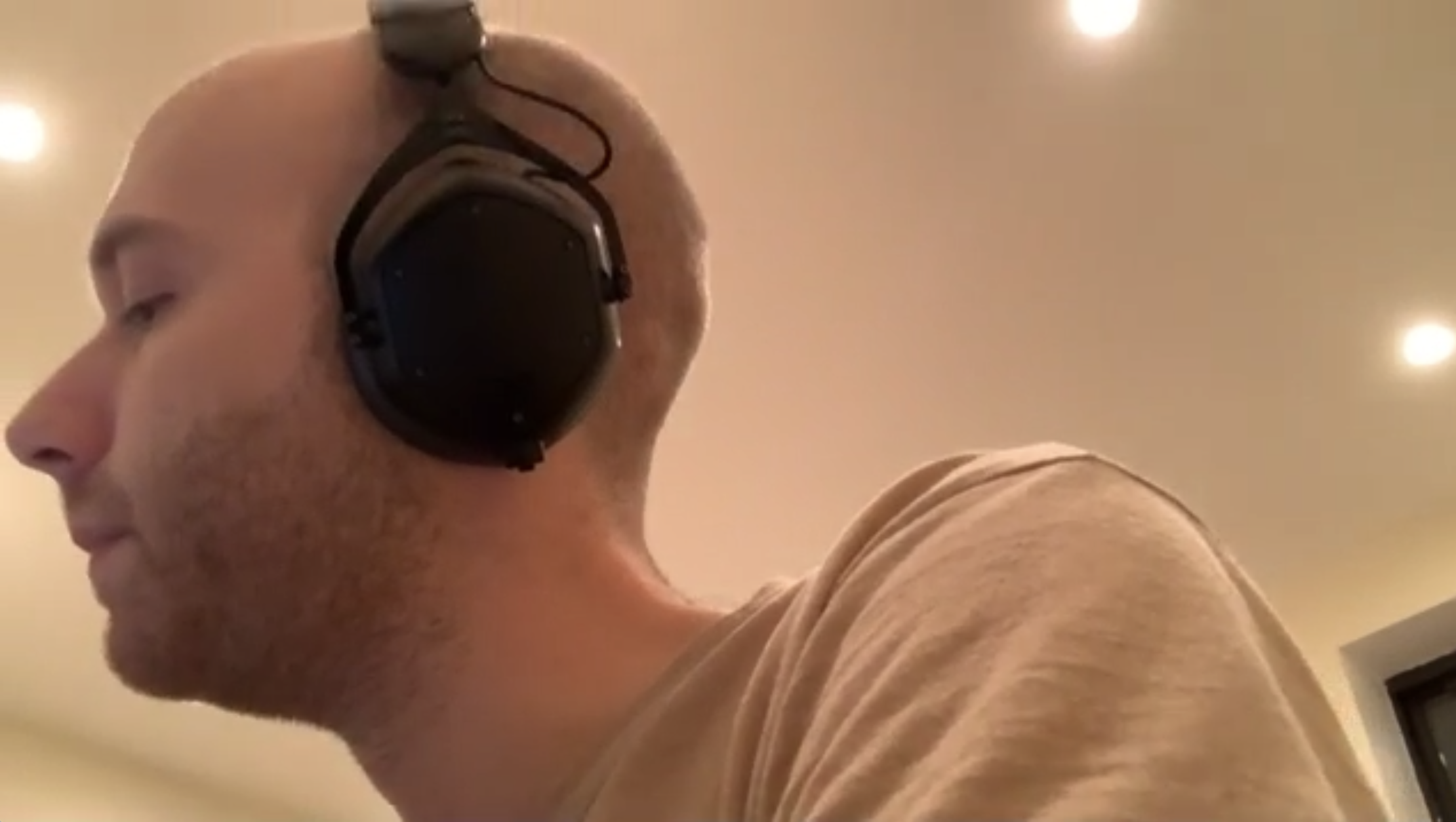 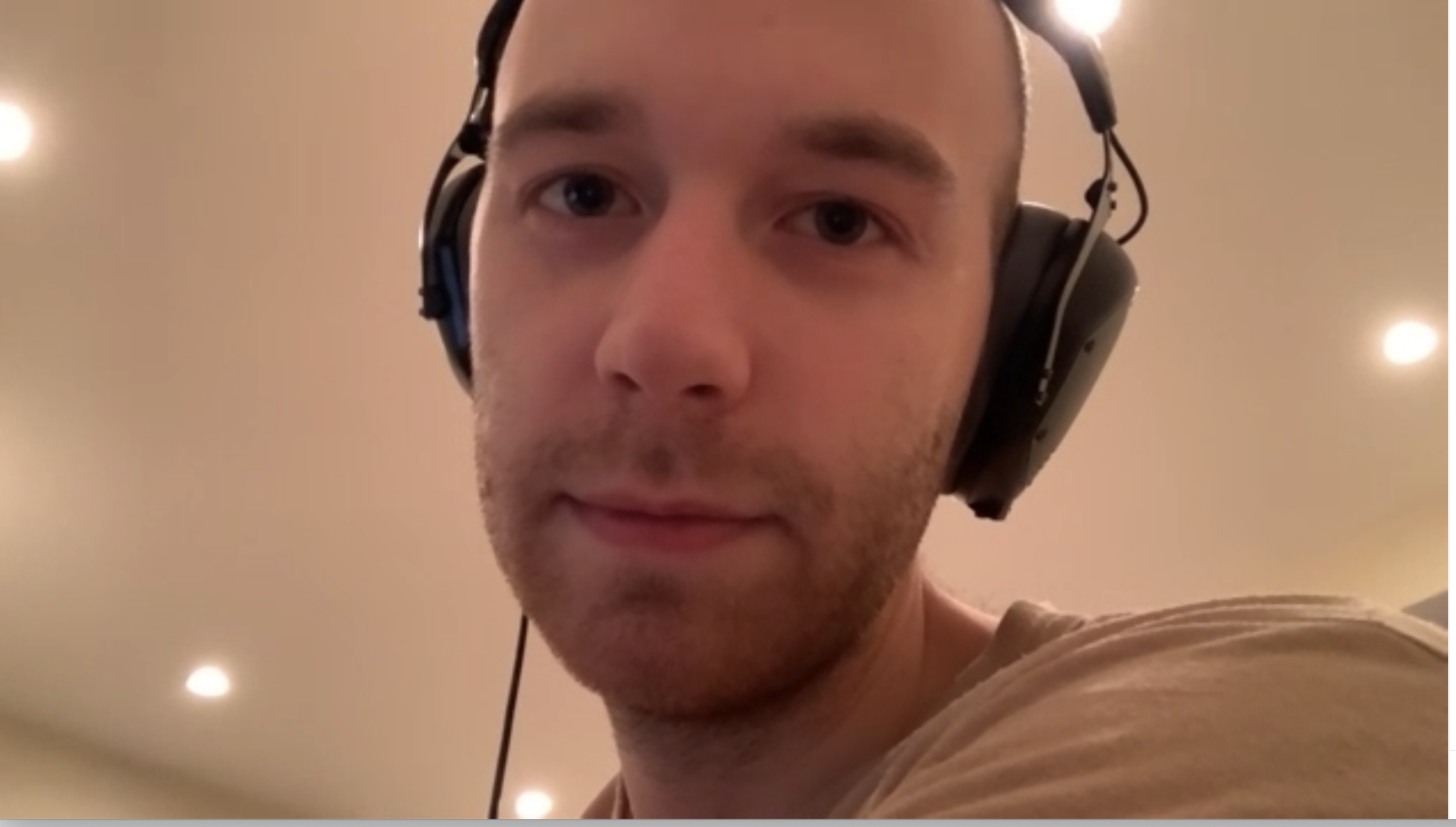 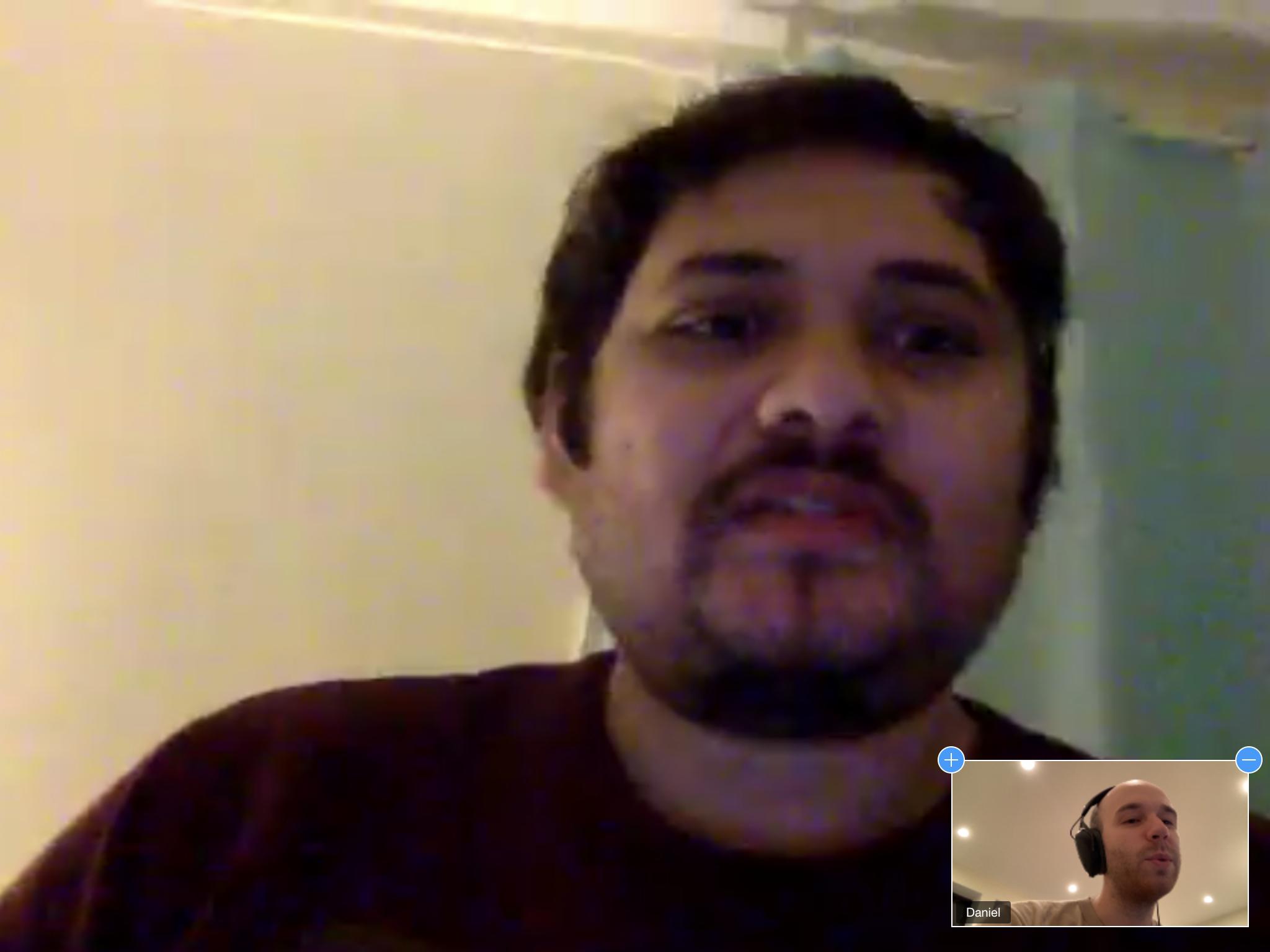 These first three are screenshots, which felt less real to me somehow. 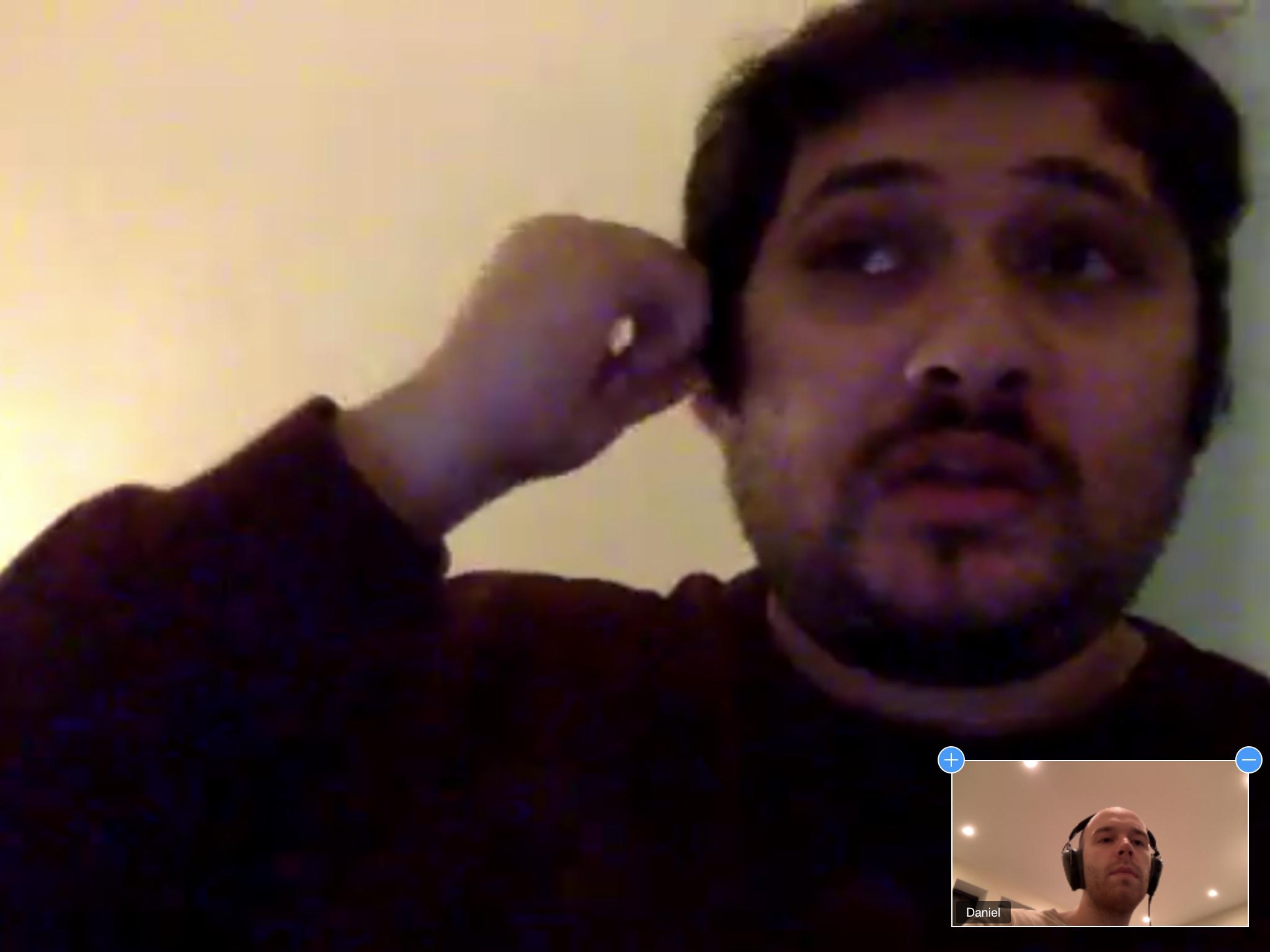 This one’s not bad but doesn’t feel very substantive either. 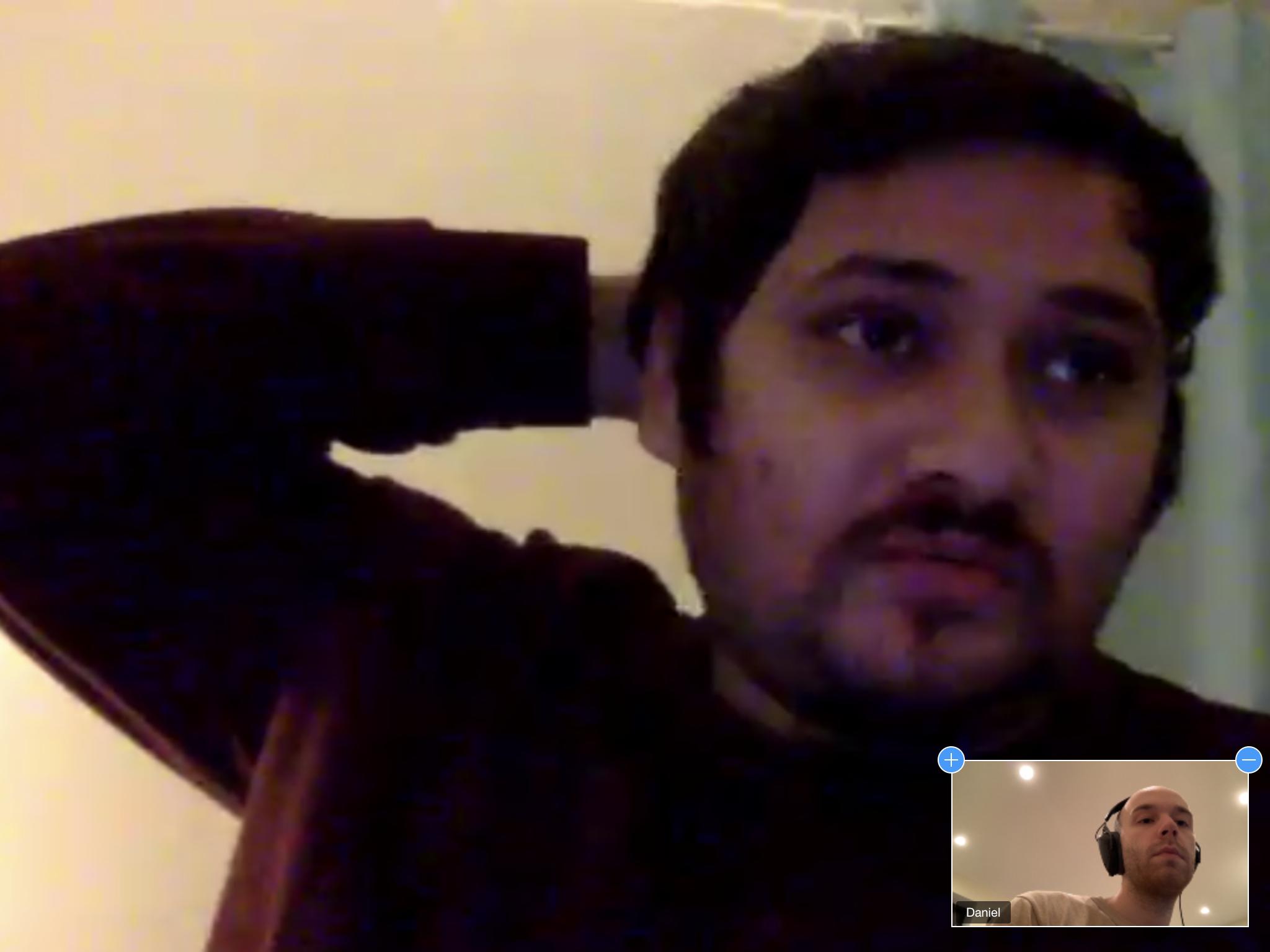 There’s more in this one but the screenshot option still isn’t working for me. 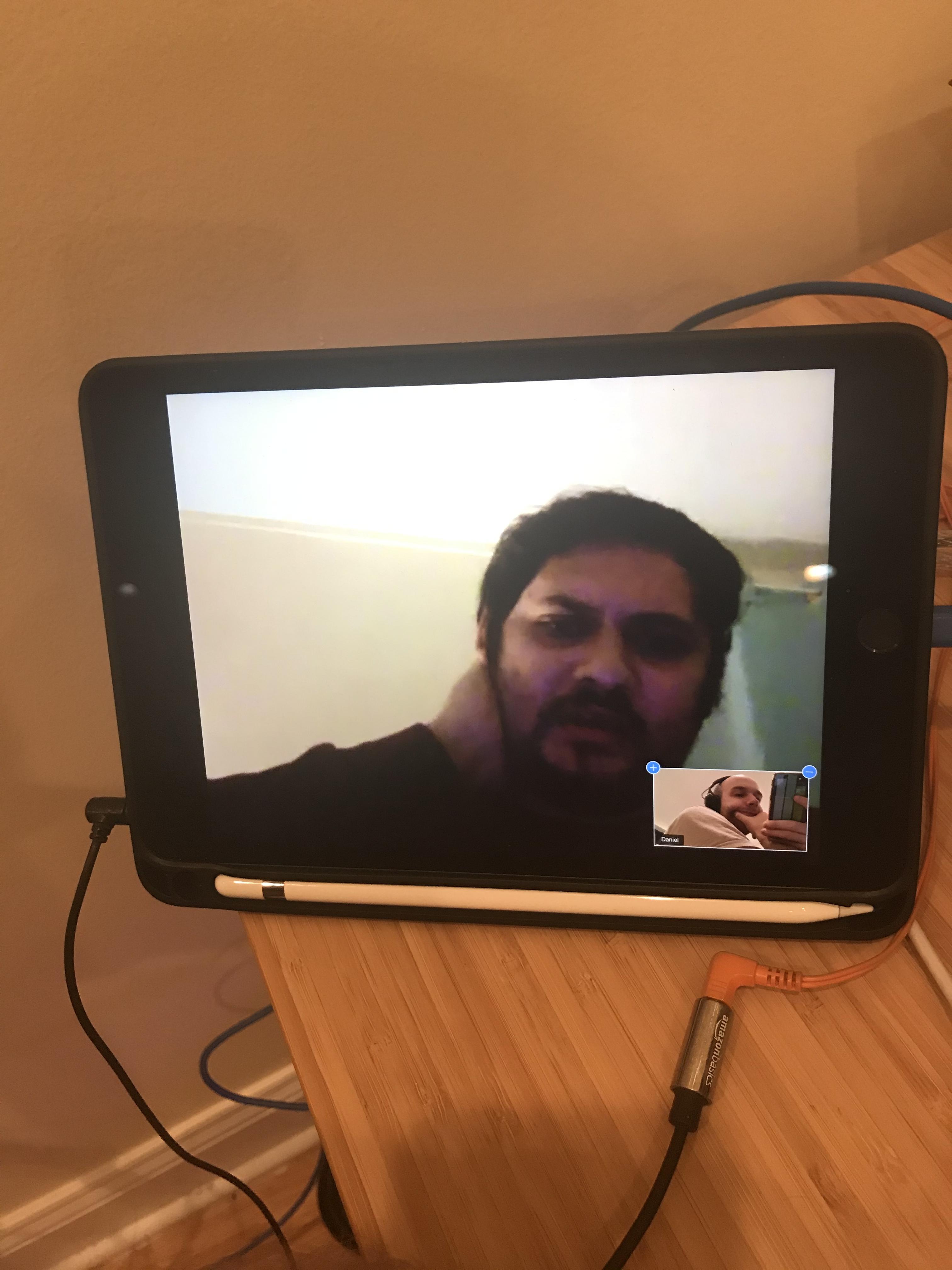 I like this one, I think Bilal looks skeptical of this method, but I wanted a brighter look. 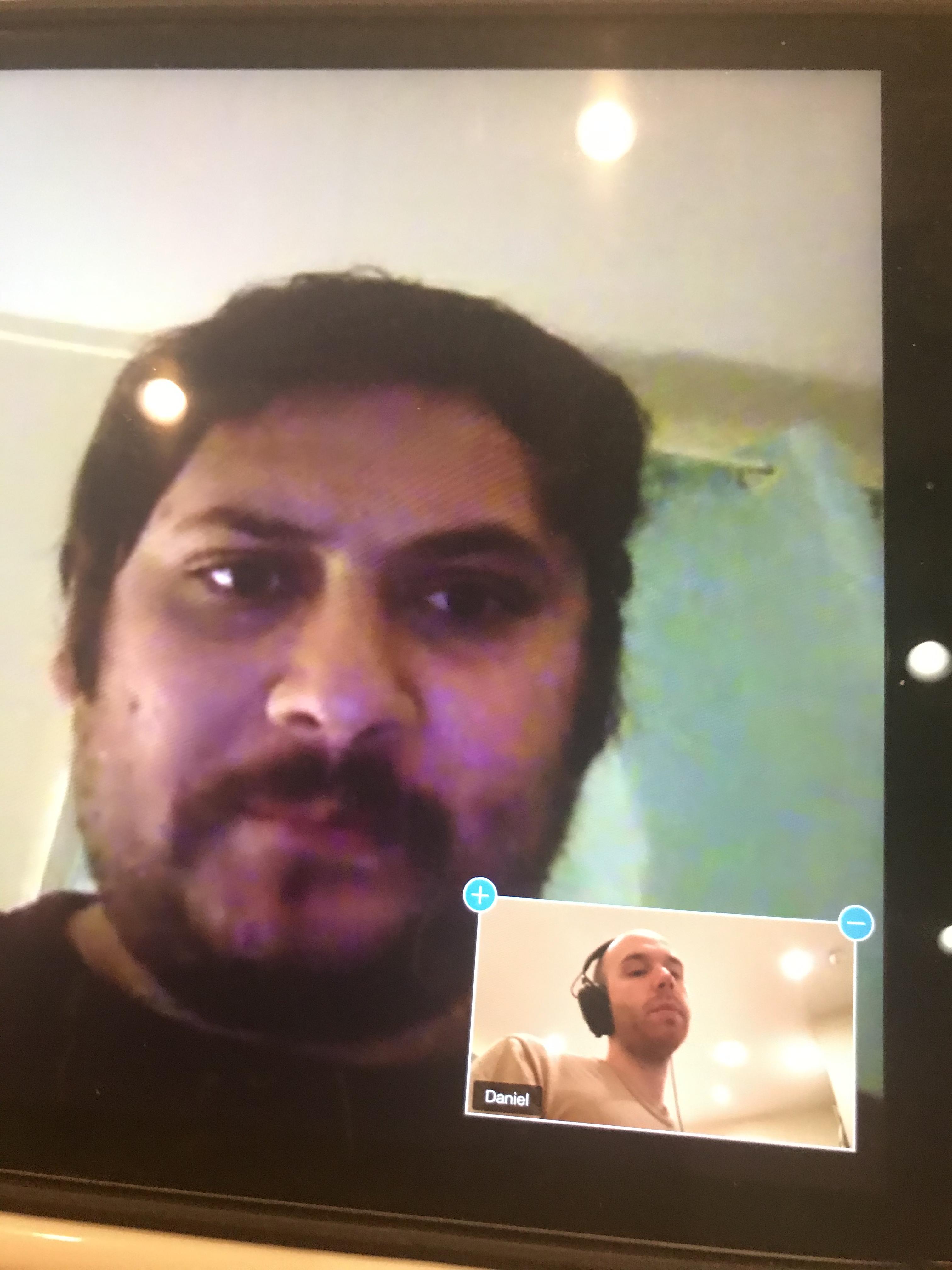 Mid-conversation. I think he looks focused, but he looks like he’s taking something in rather than expressing something. 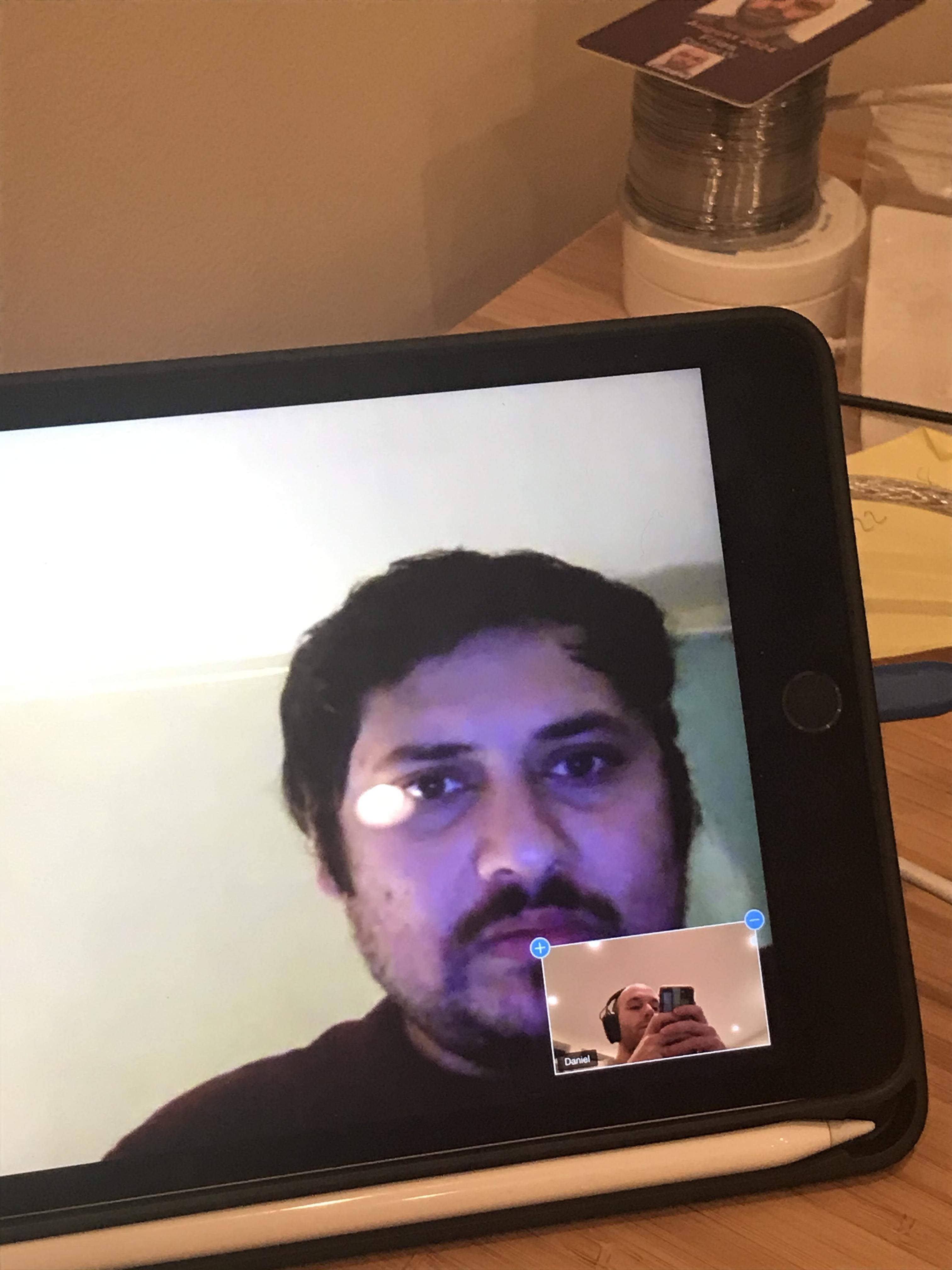 Again focused, probably looking right at me on his laptop. 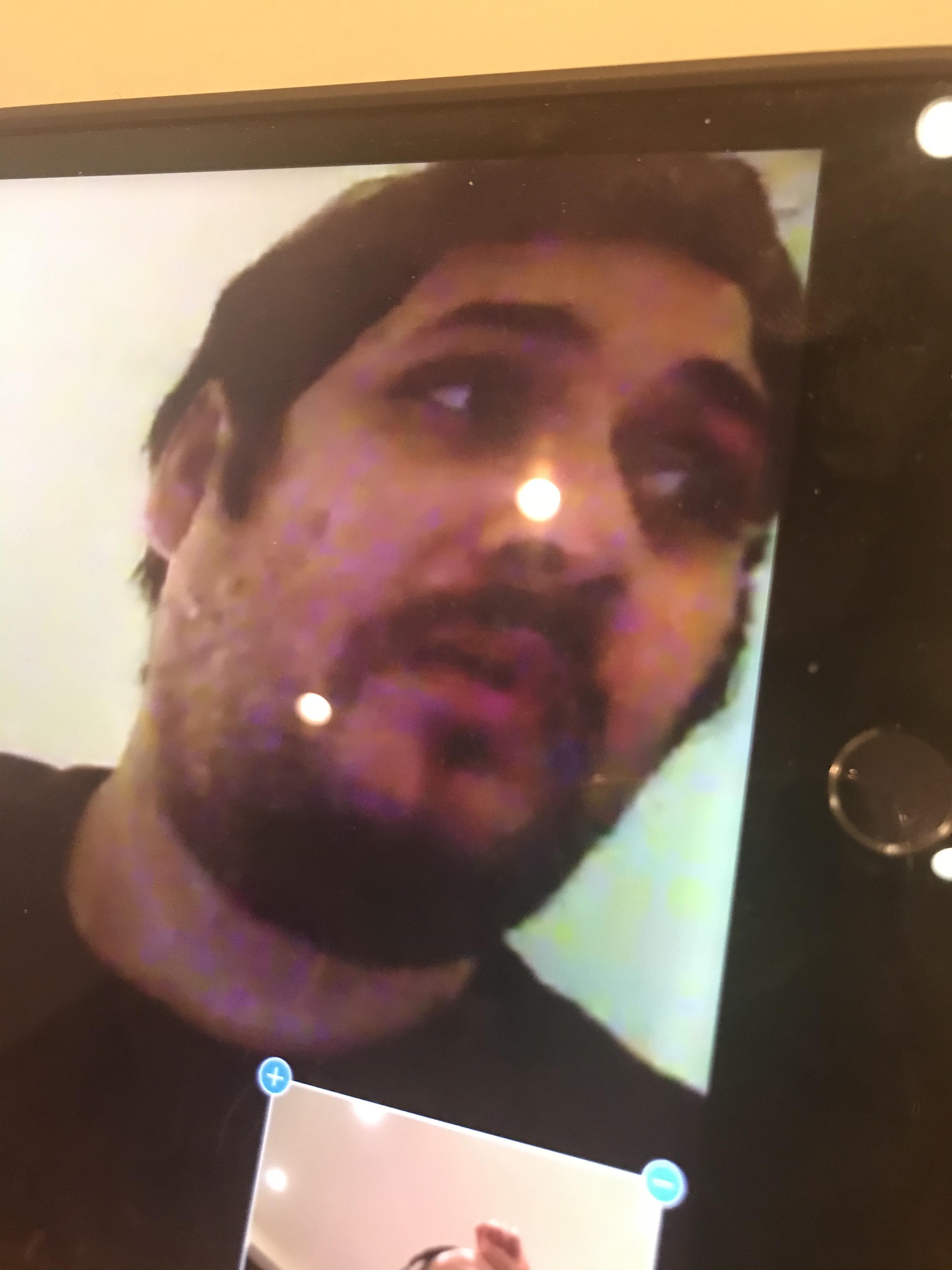 These last four are my favorites. 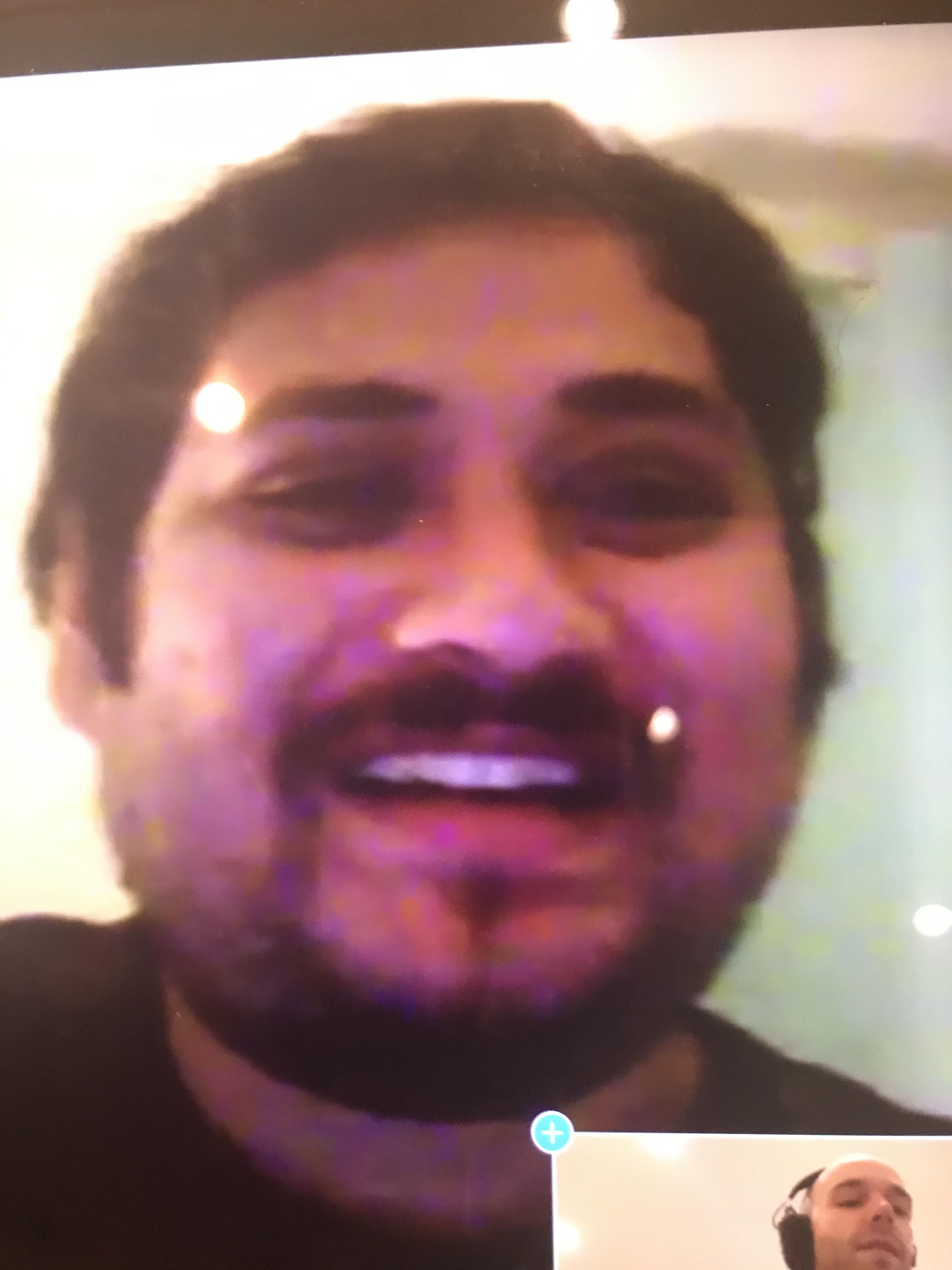 We had a good conversation and I think this captures some of the levity in it. 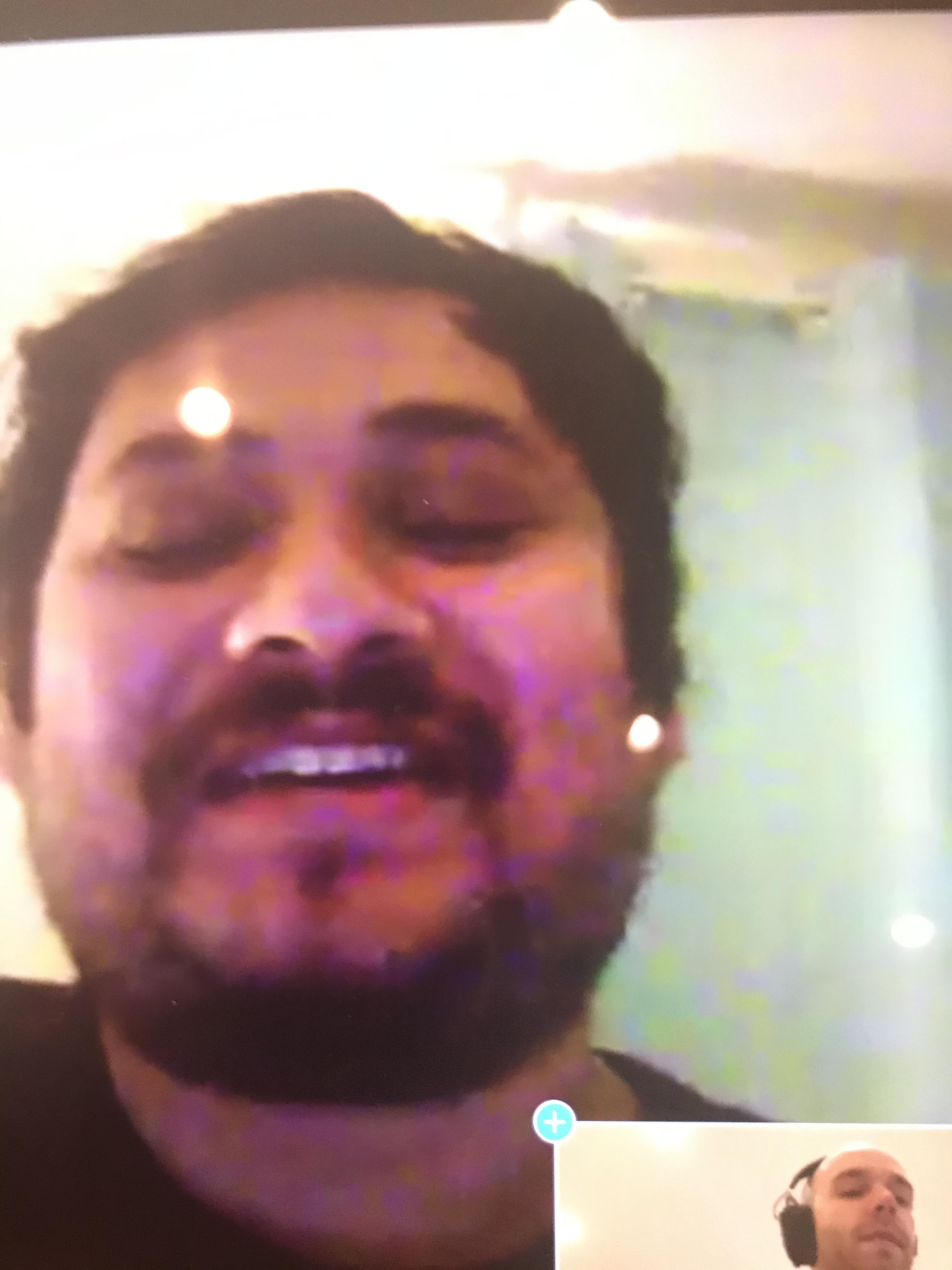 This one even more so! But I think choosing one where he blinks might be unfair somehow. 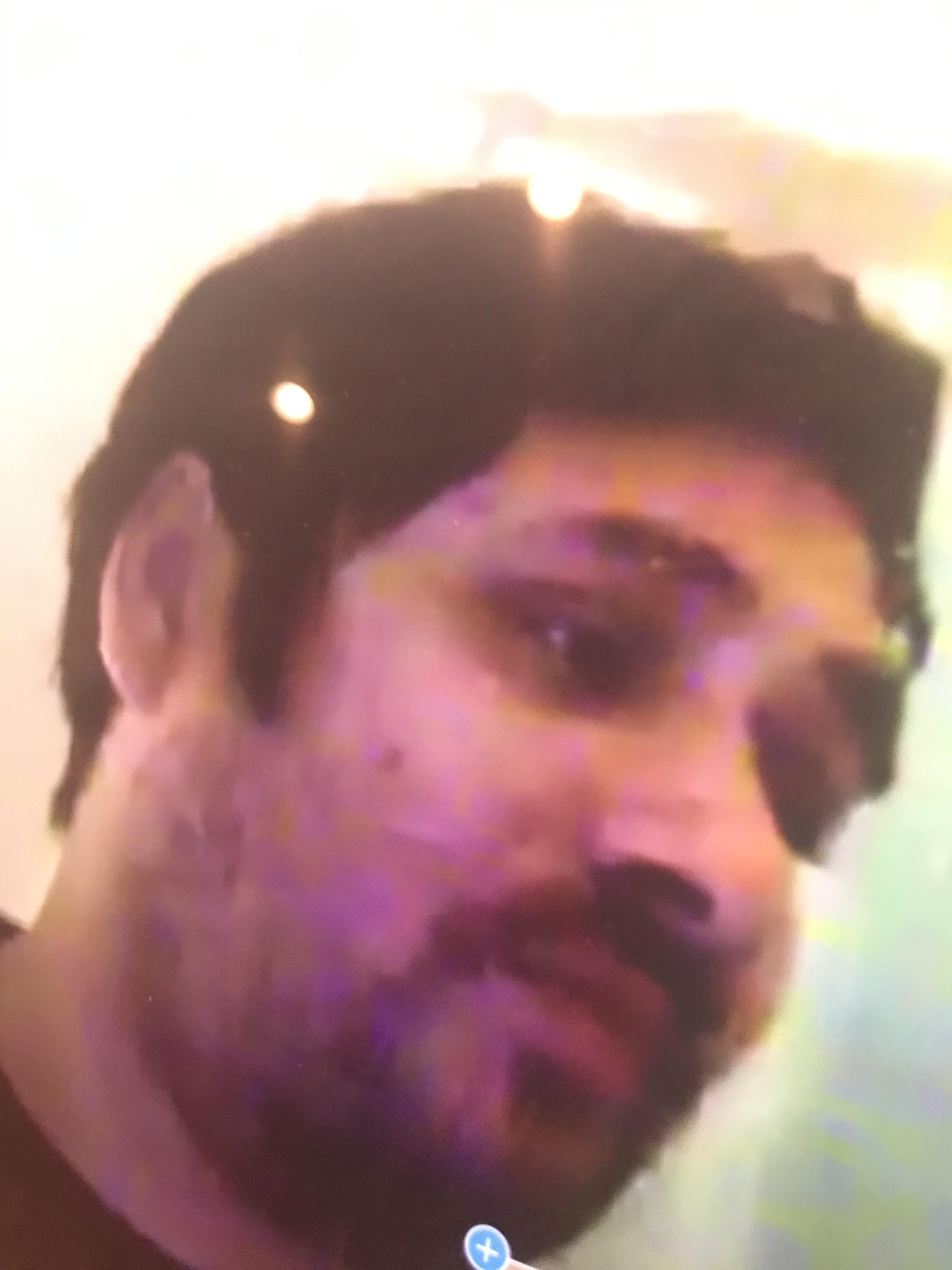 I’m selecting this one. I like the way the artifacts of the video work, I think there’s something really affecting for me in the way his eyebrows and lips are shaped here. This is at least, how I feel at the moment. Kind of worried and distracted. 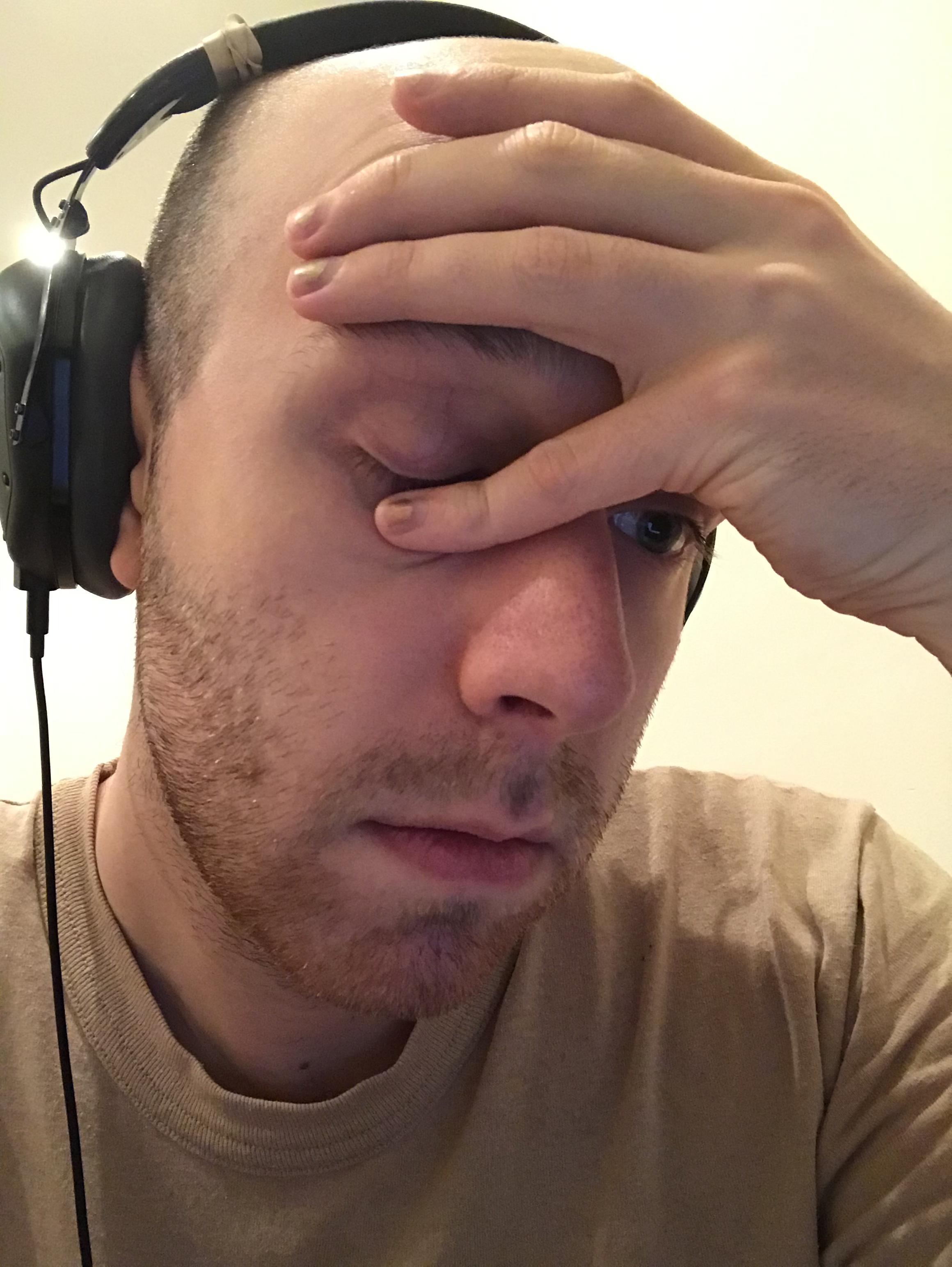 I took a few while I was troubleshooting and they feel maybe a little too posed. 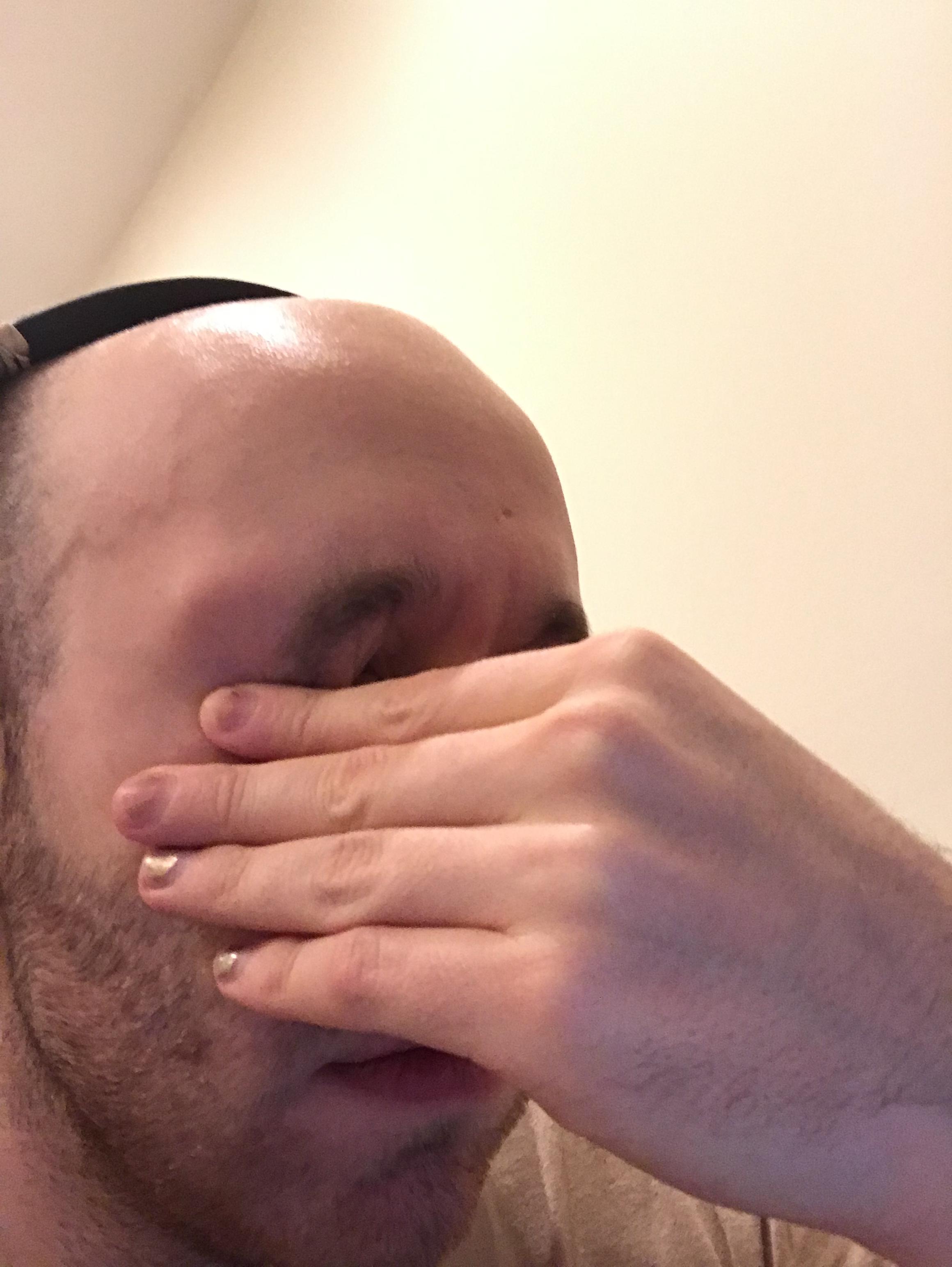 At this point I feel like Sam Smith’s coronavirus photoset. 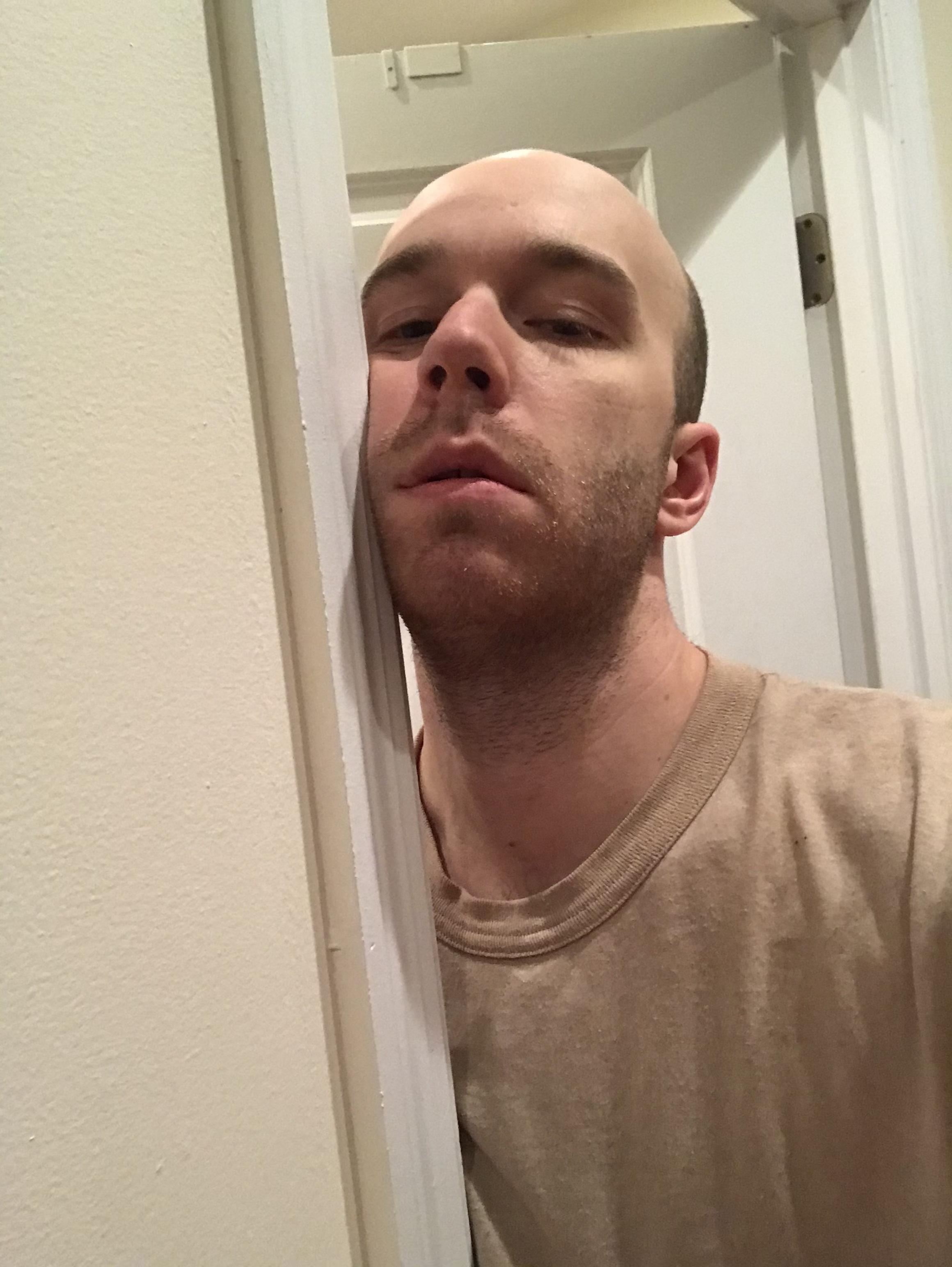 A little better, if only because it’s less dramatic. 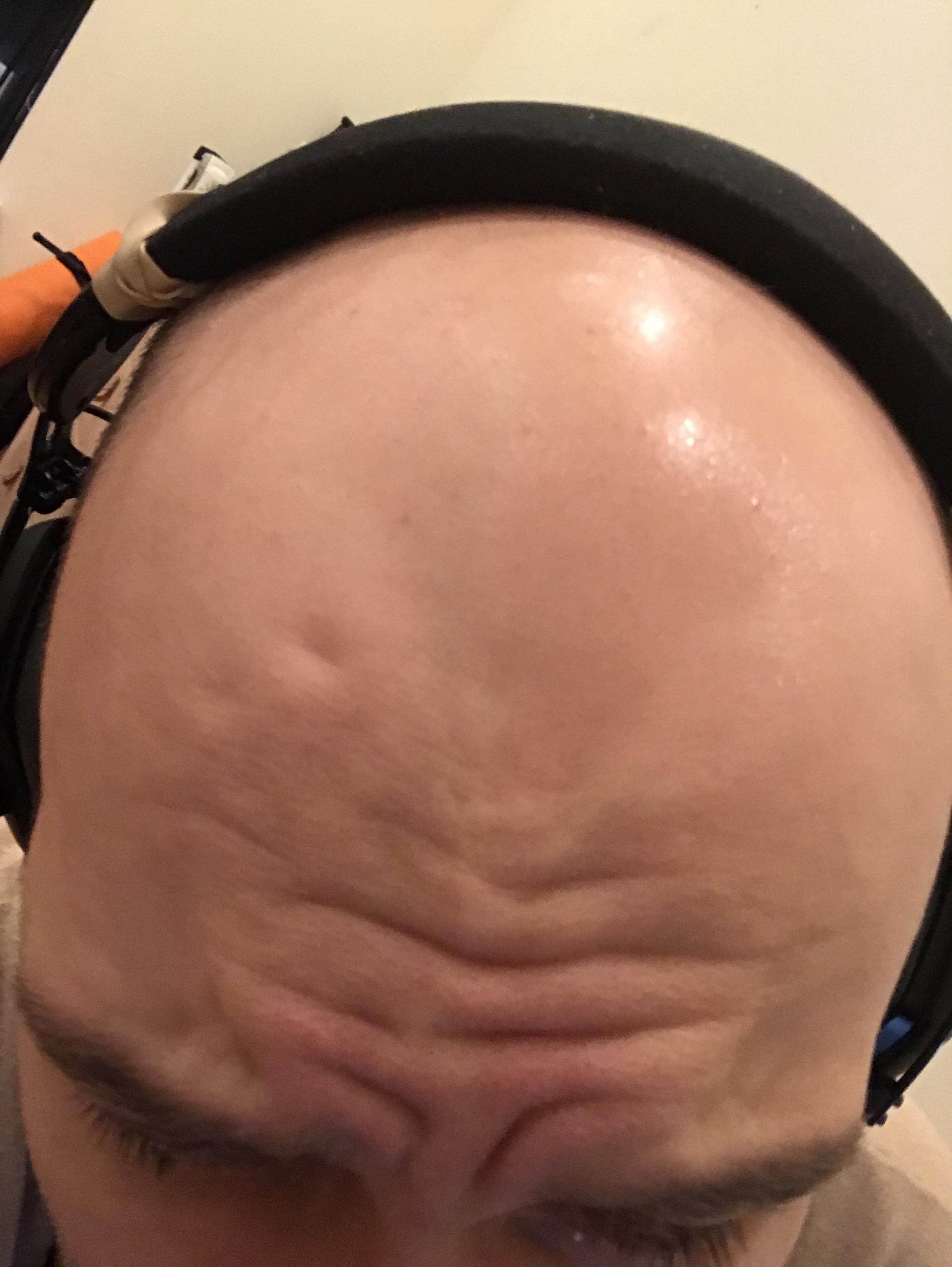 I thought I could move away from the posed look with a shot like this but it did not quite work. 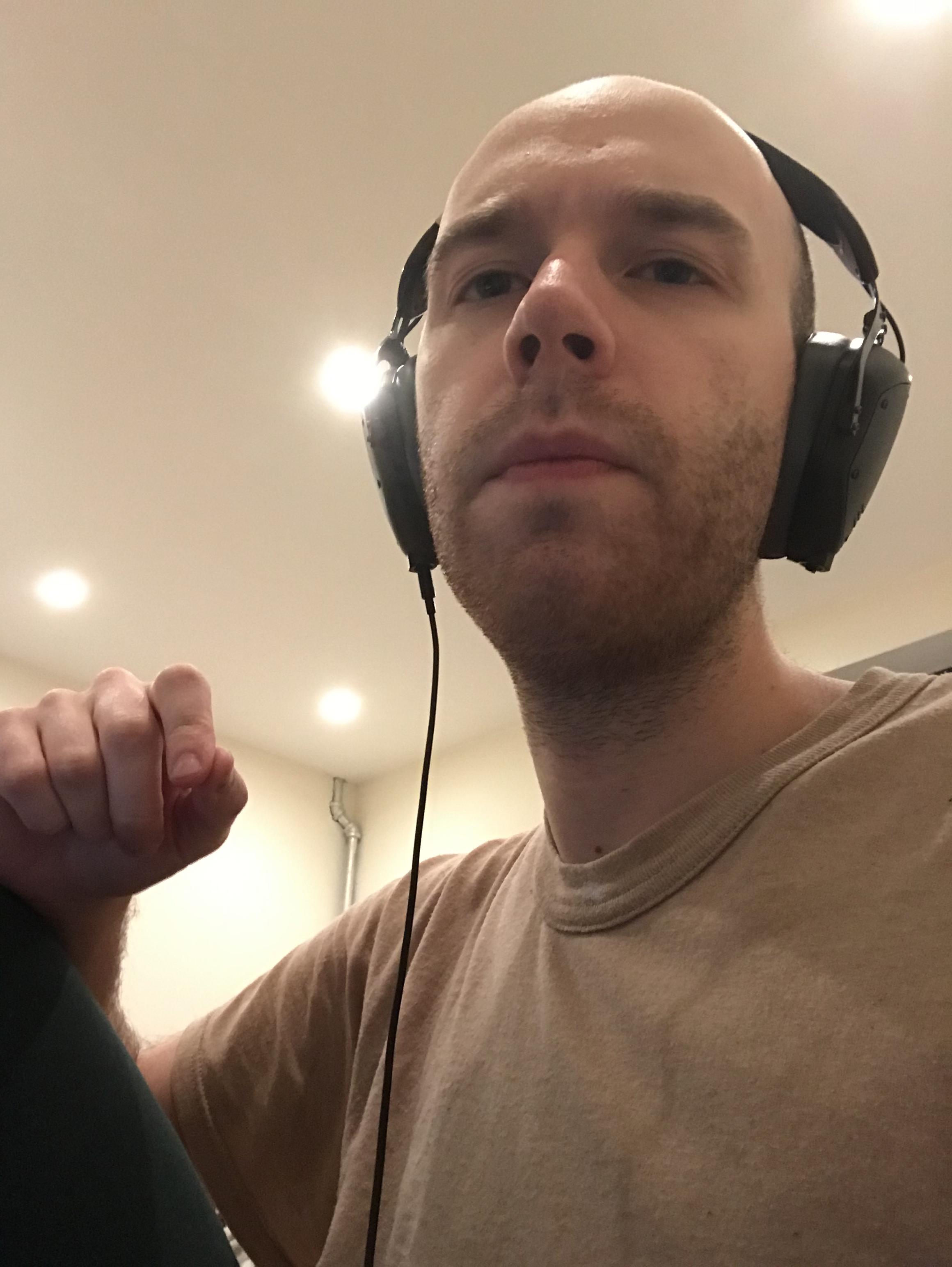 Took some like this at my desk—I said to Bilal I feel like I’ve been living in my headphones (and to some degree this outfit), I think this is not bad, but the perplexed look feels fake! 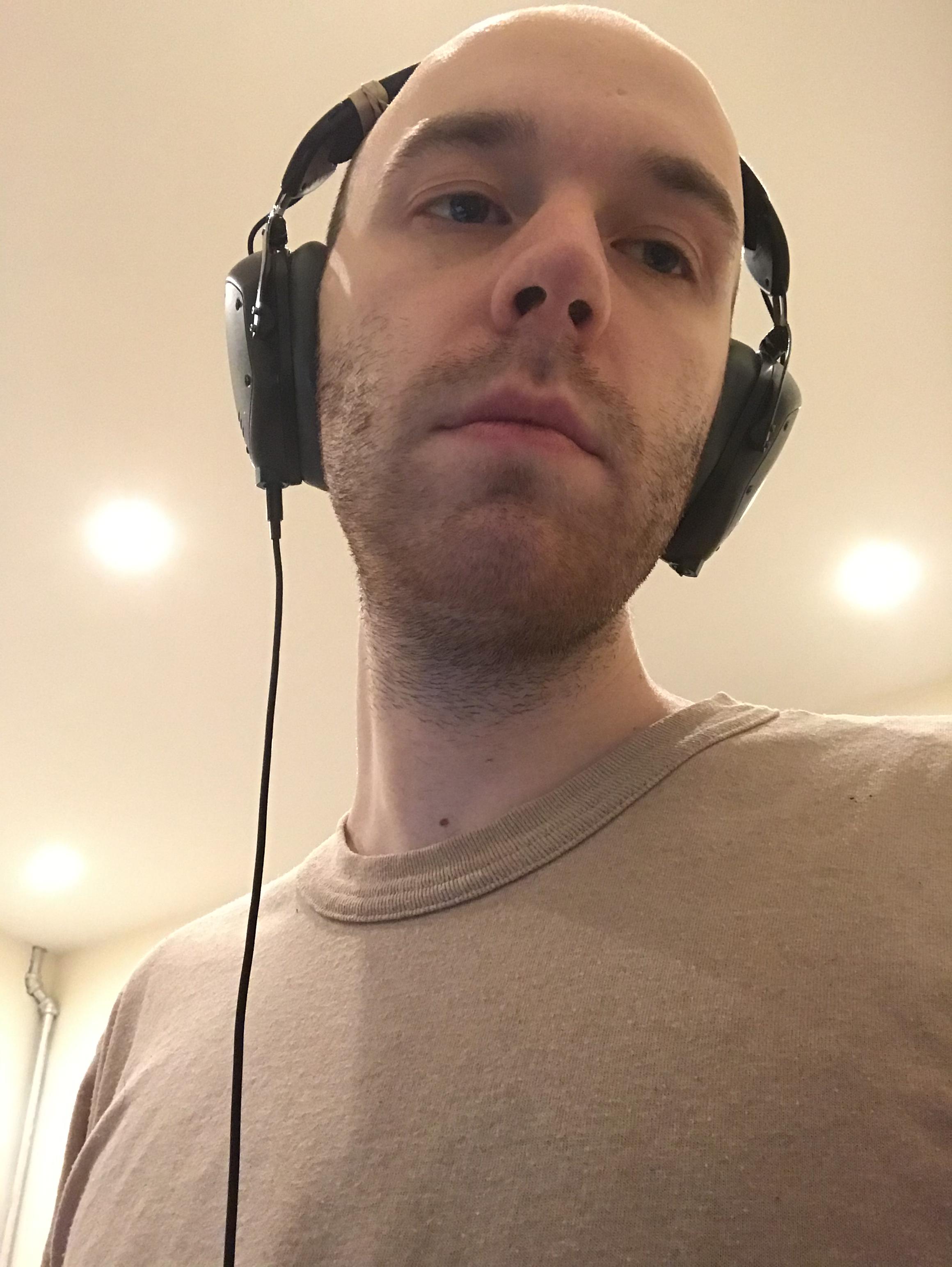 This one’s not bad, I think maybe I got distracted while taking it. I don’t love the angle though. 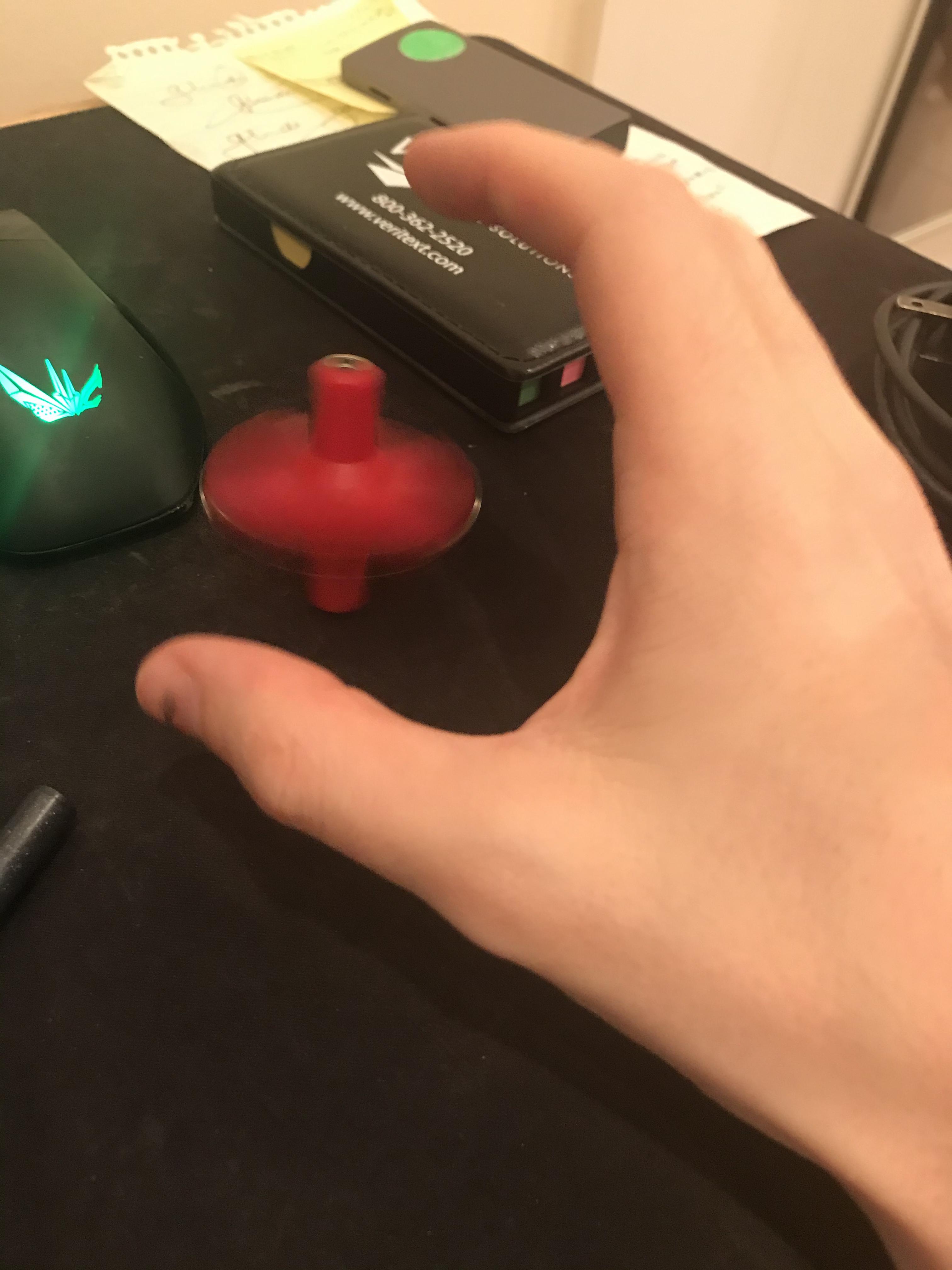 Bilal asked if I wanted any props in my shots, which made me think of this cute little mult I’ve been spinning at my desk. I don’t think this captures much of me necessarily though. 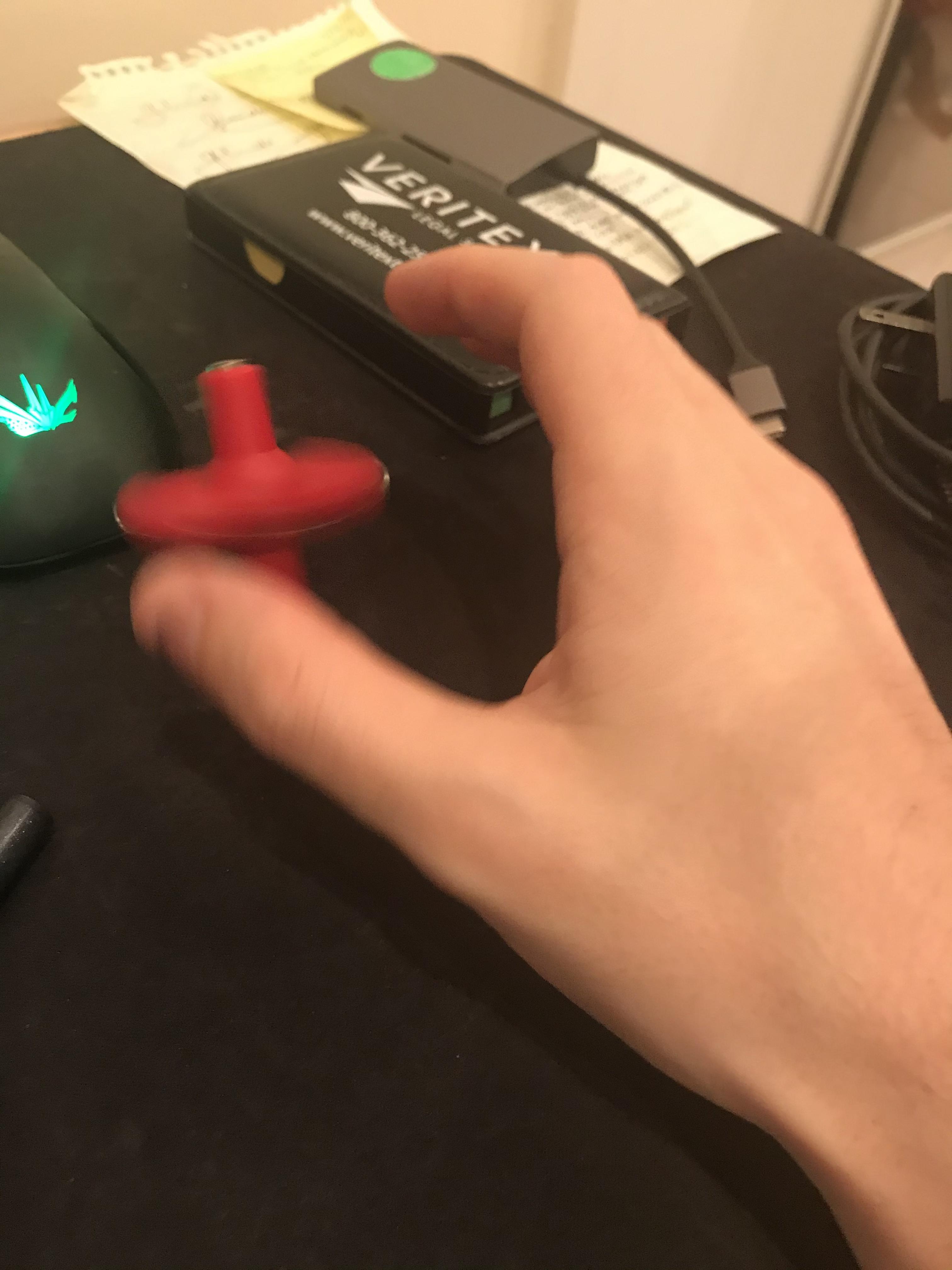 Same as above—better photo but I think the concept is off. 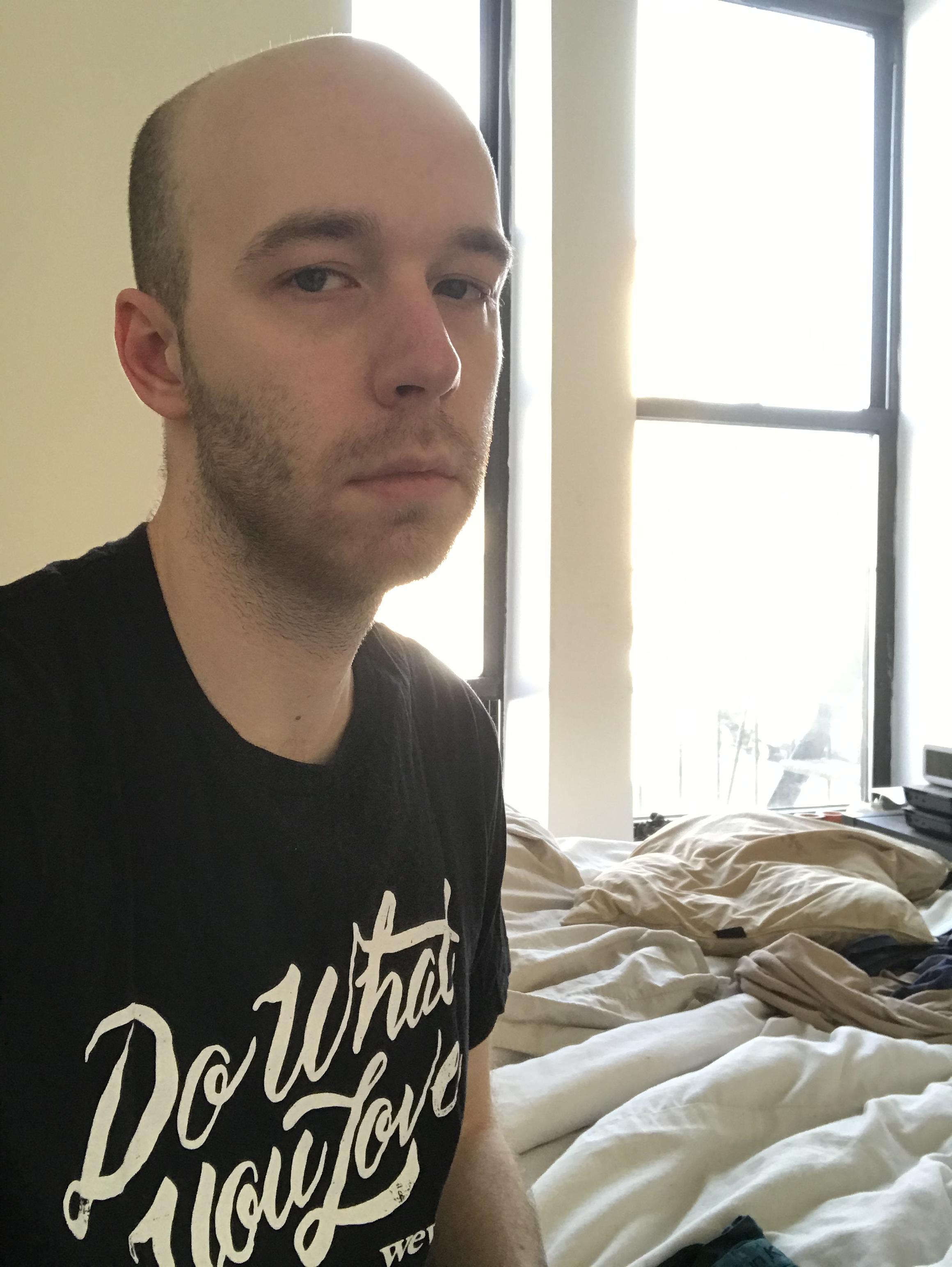 Took this this morning right after I got up. I wasn’t putting any energy into posing but it still feels kind of contrived because of the selfie thing. I do like the WeW*rk shirt though. 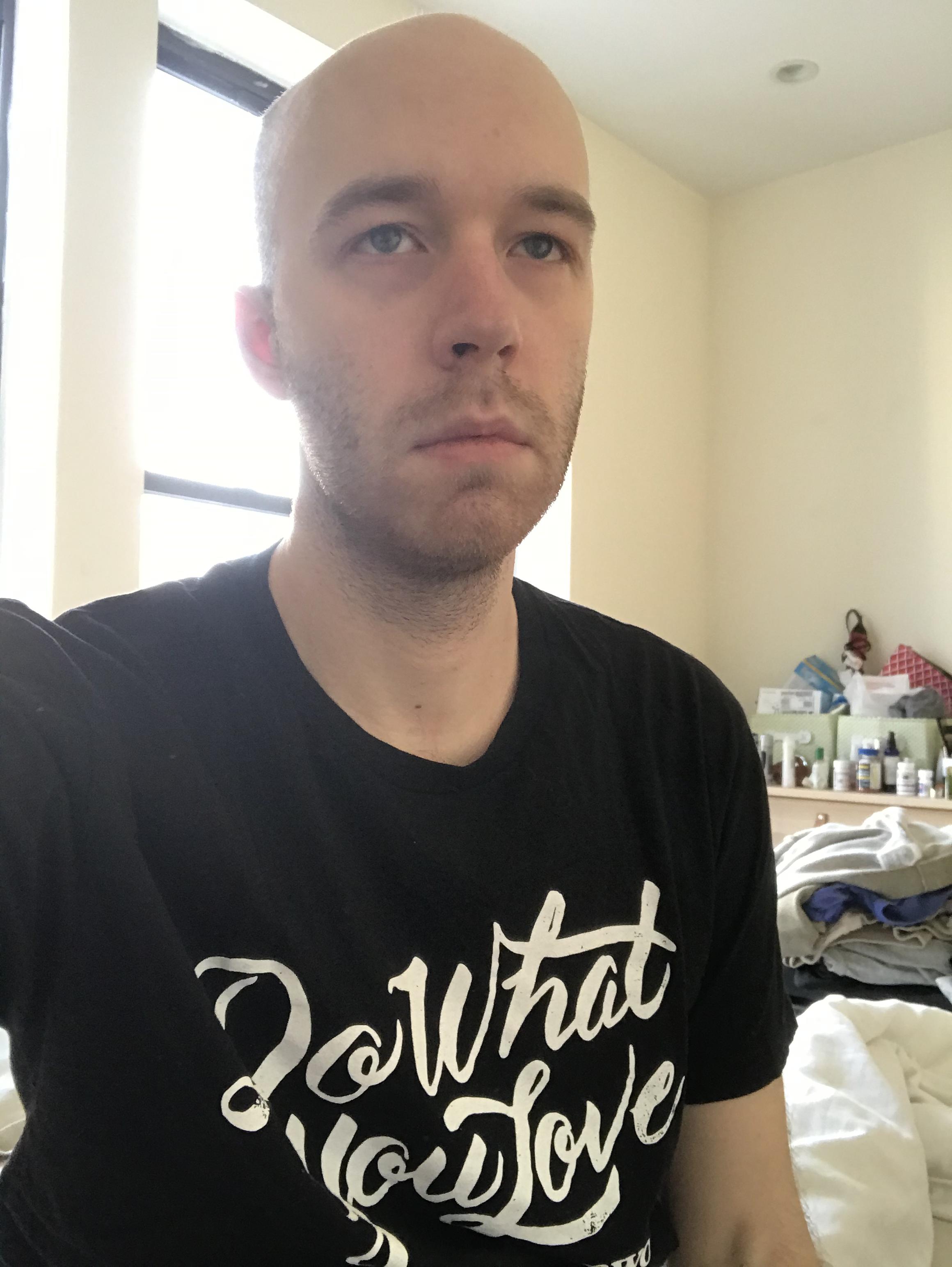 Looking away from the camera does not solve the posing issue. 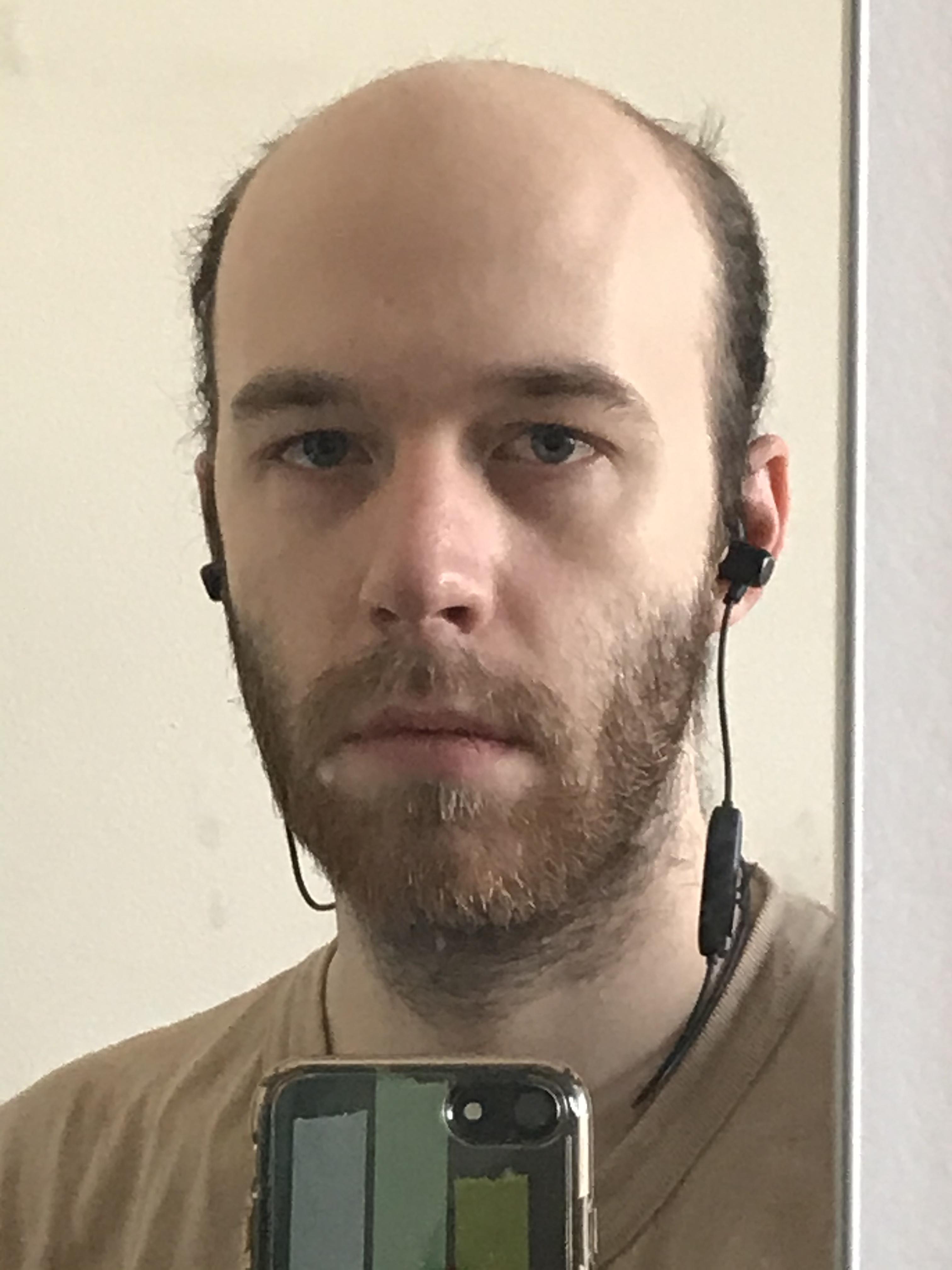 I’m going to pick this one. This one I was not thinking of the assignment. I caught a glimpse of myself in the mirror last week and thought maybe I wouldn’t even believe myself about how I looked and felt if I didn’t take a picture. This was definitely Thursday, which I know less from the calendar and more from how this is exactly how Thursday is for me at the moment.