At first, I envisioned a “soft” sequencer, some kind of fabric interface that can bring something to my modular synthesizer. I started drawing soft shapes with jacks on them, imagining squeezing a sequence step or pushing an envelope into the right shape. 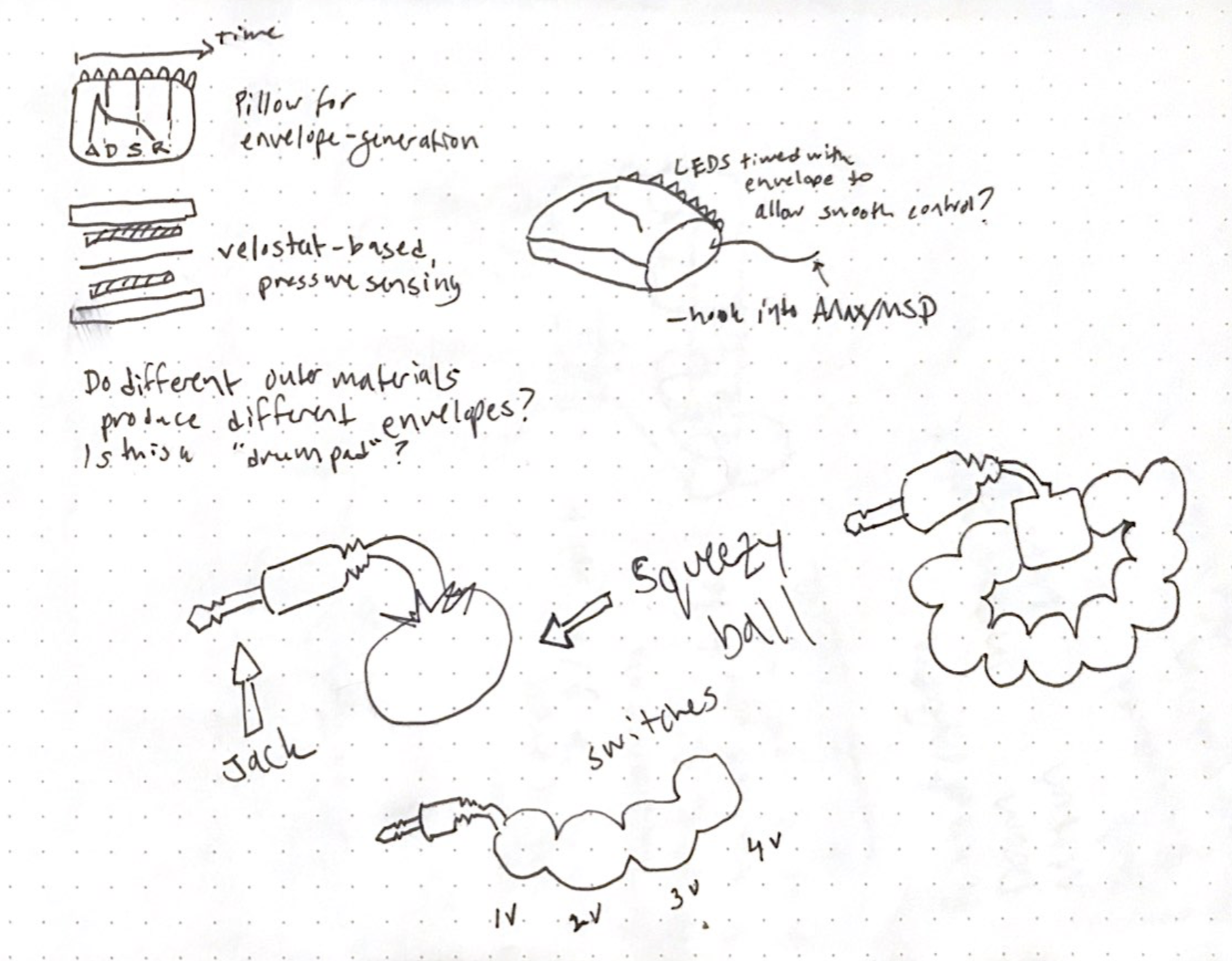 From there, I started in on a flat prototype based on velostat. The velostat acts as a resistor (much like a potentiometer) and sits between a constant voltage and the voltage input for a VCA. An oscillator is connected to the audio input of the VCA, and the output for the VCA is connected to a speaker. Pressing on the velostat reduces its resistivity and allows the constant voltage to open the VCA so that the oscillator is audible.

From that idea, I built the prototype. I believed the resistivity of the velostat to be higher across the surface of it than from one side to the other, based on the stats that came with the velostat. Here are some photos of the prototype on its own and connected to the synthesizer: 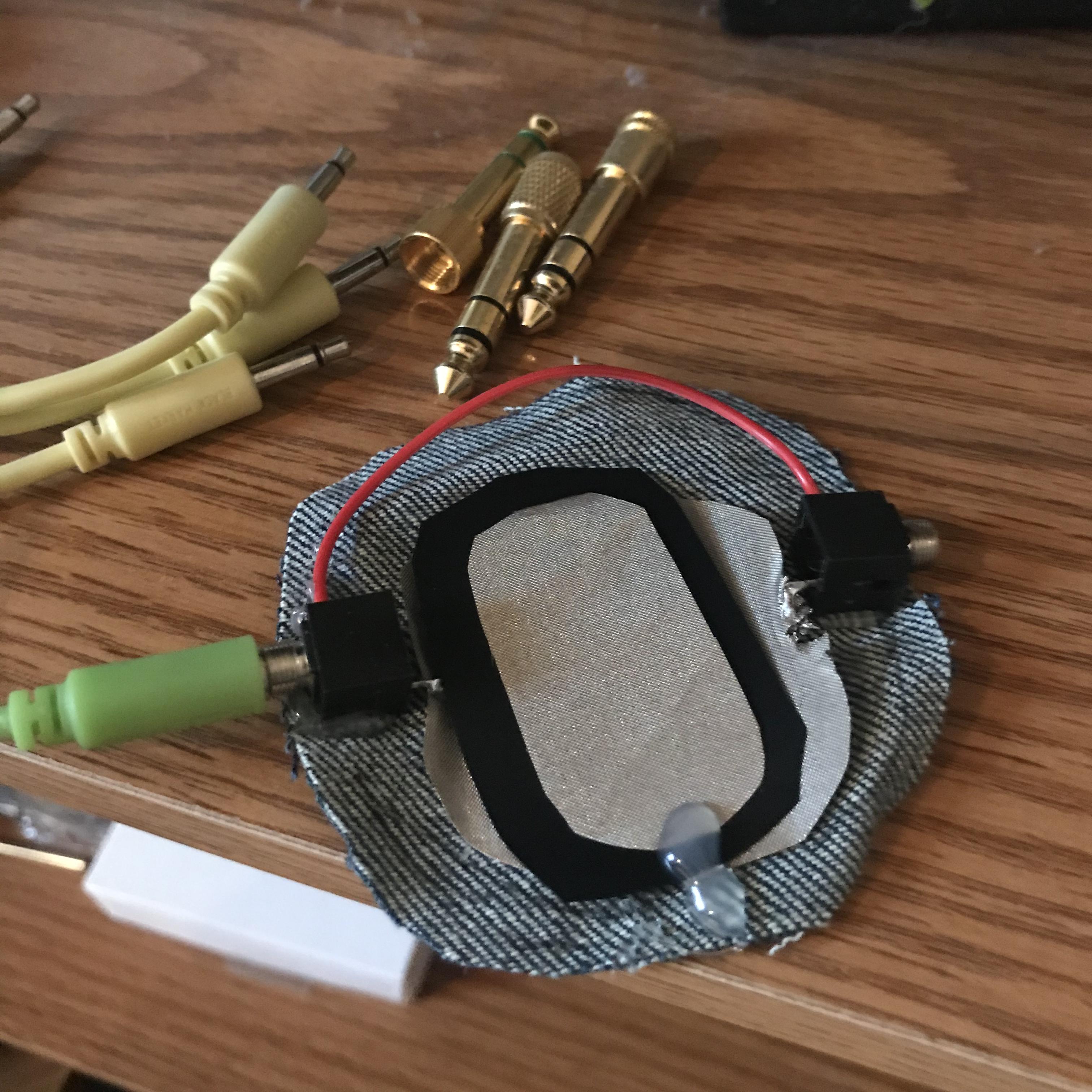 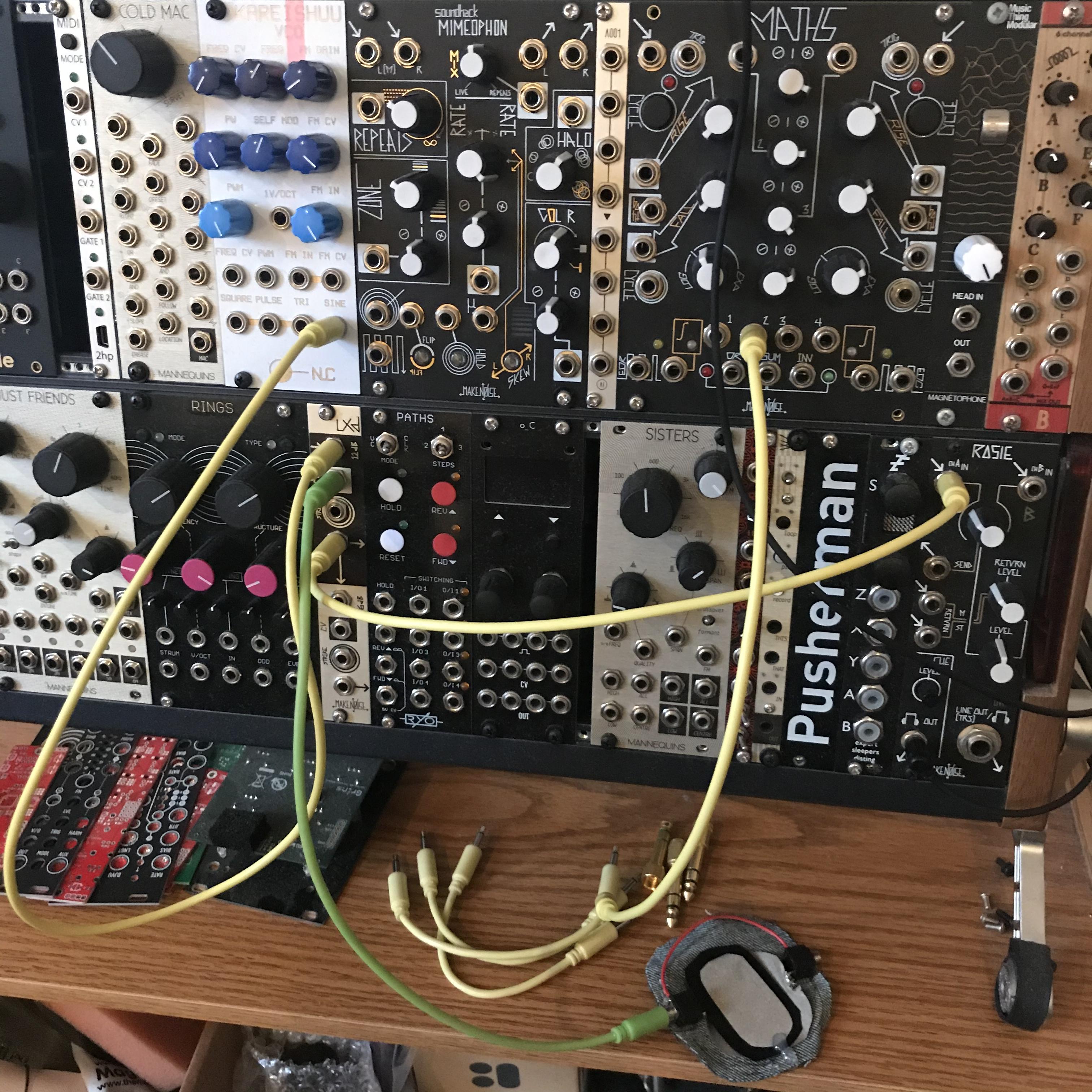 And a video of the prototype in use, wherein you can hear the audio coming through when the sensor is squeezed:

I think this is a pretty successful first step! I would love to take it a little further. I’m not certain the resistive curve of the velostat is perfect for this application but I would be interested in trying to figure out the optimal curve and trying to implement it. I was a little apprehensive about the raw voltages moving through the thing, but my short tests revealed no issues. Perhaps longer and more intensive tests would confirm that this is a reasonable long-term solution.